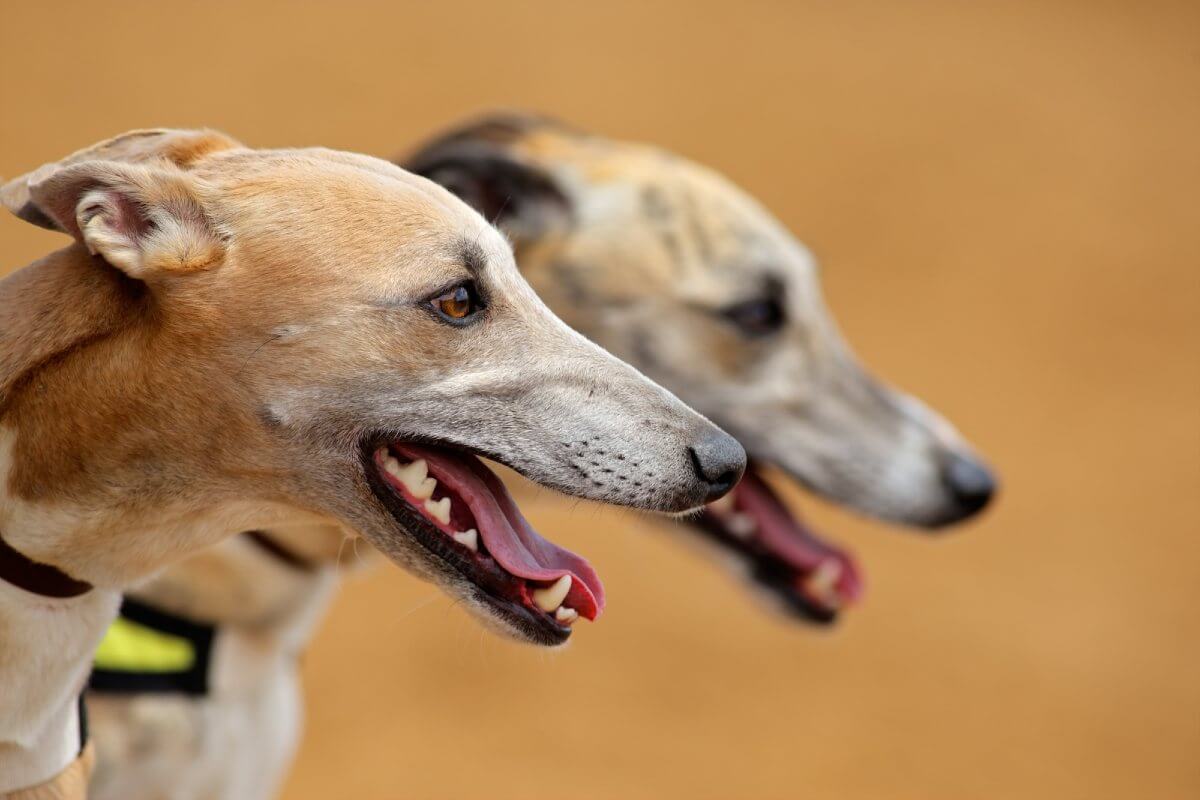 A lot of people have witnessed the excitement of a greyhound race. They simply cannot resist admiring the lustrous dogs as they hit hard at full speed once released on a track. However, a lot of people remain clueless about some of the common facts about Greyhounds. These breeds are ancient and they come with plenty of fascinating facts and treats that have been formed over time.

Given the chance to own a Greyhound breed, it could be helpful if you make yourself familiar with the facts about these dogs. You wouldn’t want to keep yourself clueless with certain behaviors and skills of this dog breed. Here are some interesting facts about Greyhounds:

1. Greyhounds Are Breeds Of The Ancient Egyptian

We commonly link cats with the archaic Egyptians. However, not a lot of people are aware that even the Greyhounds have also originated during the ancient Egyptian. A lot of paintings, sculptures, and reliefs illustrate the lanky dogs in different positions.

Anubis, the god of the dead of the Egyptians is related to greyhounds. When an aristocrat died, his greyhounds were commonly buried with them. They were mummified similar to the crocodiles and cats.

2. Greyhounds Are The Fastest Breed Of Dog In The World

It is no longer news that Greyhounds are impressively fast. However, do you know that there are no other dog breeds that can compete with their speed? Their fiery ability is influenced by their structure. They have long and sleek bodies with long limbs that let them do large stomps that make them a lot efficient in topping the ground. They also have longer forearms and these help them initiate a fast pace.

3. Greyhounds Are Associated With Numerous Religions

Because of the structure of their body, which is ideal at full stretch or full stride, Greyhounds will normally not feel comfortable sitting. Nevertheless, you train this breed to sit at an early age. You cannot hope an older Greyhound to adapt to your coaching. Greyhounds are more comfortable with standing or lying down.

A lot of people are curious about how ideal Greyhounds are being a pet. Since racing dogs commonly spend more their early ages in cages when they are not running, it is understood that they never got enough experience with kids and the family lifestyle. This leads to the question of whether they can be good pets.

Greyhounds are actually incredible family dogs. They are known for being gentle and devoted and have been notorious for helping little kids to learn walking. They are notably clean and behave.

6. Greyhounds Can Be Very Aloof With Strangers

Greyhounds are known to be very friendly and lovable with the family. However, given the instance of being introduced to a stranger, these breeds can become anti-social. Although they are not aggressive or barbarous with new people, you just cannot expect them to easily bond with strangers.

Another US President who also owned a Greyhound was Rutherford B. Hayes. His dog was named Grim.

8. Greyhounds Have A Remarkable Long And Limber Neck

The neck of the Greyhounds is long and elegant. Not exceptionally, that implies they require a unique kind of collar. A popular collar that you can use on your Greyhound is the Martingale collar. You may like to get one that has a thickness of at least 1.5 inches, which is notably hard to find.

You may find yourself captivated by the incredible eyesight of Greyhounds. They can have a vision of their prey even if they are ½ mile distant. The overall jurisdiction of their eyesight is 270 degrees. The human’s overall field of vision is only 180 degrees. You can only imagine how incredible their eyes are!

The Highest Jump by a Dog that is placed the Guinness World Record was made by a Greyhound breed. The name of the dog was Cinderella May who managed to make a clearing of 68 inches. Imagine that dog jumping more than 5.5 feet!

Greyhounds are incredible dog breeds. Undoubtedly, these dogs deserve an opportunity of becoming a member of the family. Greyhounds that were bought from breeders are seemingly to encounter some obstacles compared to adopting one after his racing career has been concluded. However, both can surely make lovable pets in the appropriate home. If you are willing to take responsibility, you can always get one that is best for you.

Needless to say, you might also want to learn first the common facts about this breed so you can act and handle them accordingly. Remember that Greyhounds have unique characteristics and skills, so you should be aware of them.