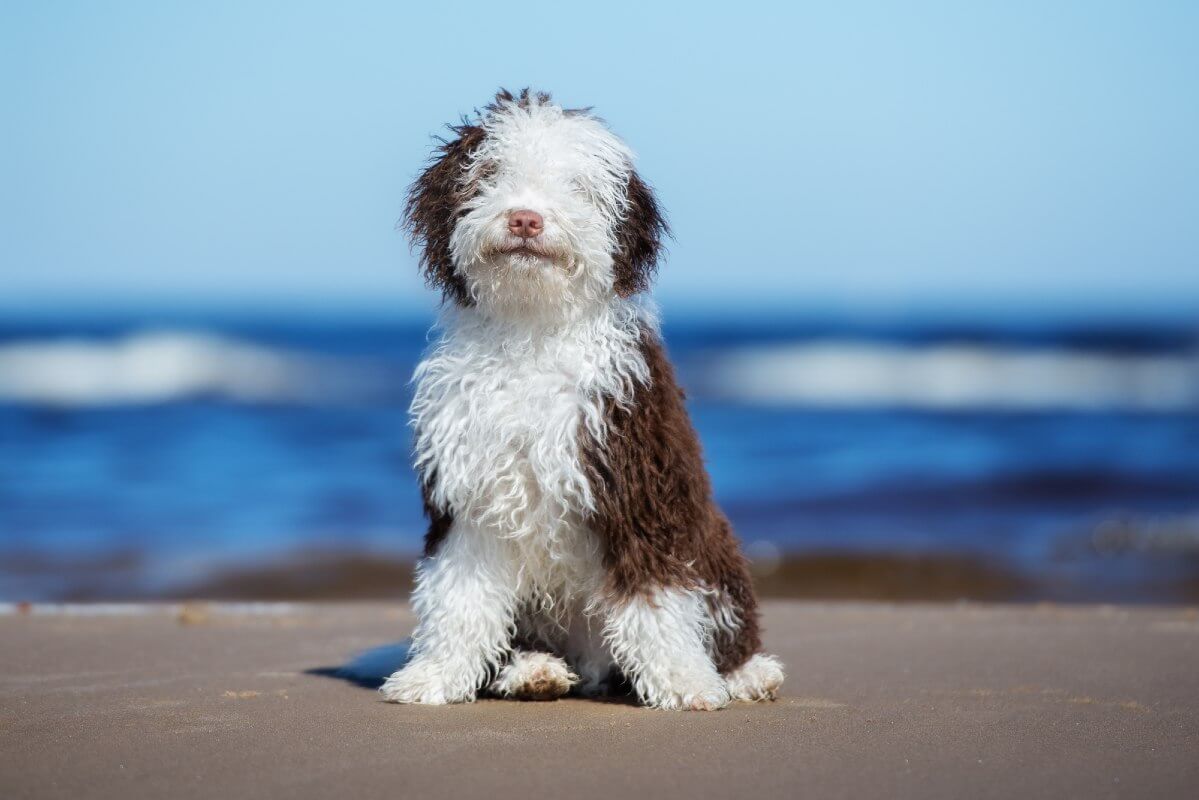 If you are looking at a medium-sized dog breed with curly and thick fur, with skill in herding, you might be looking at a Spanish Water Dog. This breed comes from an old Spanish line developed for herding. These dogs are known for their amazing intelligence, doing their best each time they receive a task to do.

Aside from being hard workers, they also love spending some quality and cuddling time with their family. If you are planning to have one, you might want to know a thing or two about this lovely dog. Read through and enjoy this owner’s guide and learn about everything that you need to know about the Spanish Water Dog.

The unique appearance of this breed starts with their coat. A Spanish Water Dog is known for its natural curls, with wool from head to toe. When they are left to grow, they turn into forming tapered and tight curls. With a full coat, their facial hair ends up covering their expressive and attractive brown eyes. They come in different colors, including brown, black, white, beige, or a combination of any of these.

The Spanish Water dog is considered an old breed. In fact, tracing back history, they may have been used throughout different parts of Europe around 1500 to 2000 years ago. They used to be important in Spain, and have been reported to exist in ancient Turkey, where they are known to serve as the company to boat sailors.

The real roots of this breed are still considered a mystery, though, with several debates going around whether a part of their DNA comes that from a poodle, or whether their historical background is not that identifiable. Regardless of the actual reason, this breed has been developed because of the dogs’ amazing ability and support to hunters and farmers.

This breed got its name from its love for the water. Even down to this day, it is a highly capable herding dog, also serving as a gundog who loves water so much. This dog also features a thick layered coat also ensures that these dogs stay warm even when on water. They are also known for their ability to swim, which is somewhat more advanced than other breeds.

This breed is also known for their amazing smelling capabilities. In fact, because of this quality, this breed can track dead prey even on water, which helped in making this breed even more popular among fishermen and sailors both on dry land and lakes.

The personality and temperament of a Spanish Water Dog are highly energetic and active, with easy reception and strong devotion to commands and training. They are also even-tempered, which means that they are easy to tolerate, making them great as family pets. They also love spending time playing with their human owners, even families with children, as well as other dogs. They are also smart enough to show control and restraint with other animals, especially the smaller ones, including cats.

Aside from their primary purpose of breeding, the Spanish Water Dog is also considered a sporting dog. As such, they need to be treated this way, which means that they need to do a lot of work and exercise in order to train them in doing things that they love doing. They are very comfortable with receiving attention. Their love for interaction also means that they are comfortable in having an established role and routine, just like when they actually serve as a working dog.

These dogs are also cuddly and loving. They are very social, and trusts easily, thus being tolerance and consideration for strangers trusted by their owners. They are also known to be quiet at times, even restraining from barking. This is one quality that a good hunting dog has because barking could easily scare off their potential prey.

The Spanish Water Dog breed is a tough dog with an average lifespan ranging between 10 and 14 years. This is long enough for a dog of its size. They are usually active. The more exercise they actually do, the more you, as the owner, have to focus on giving your dog the nutrition that it deserves.

There are only a few breeders of this breed, which means that those who do typically breeds the Spanish Water Dog because of passion. This also results in having healthier, though few dogs. With this in mind, there could still be some health concerns, which include hip dysplasia. When this happens, hip scoring may be needed.

Other common problems among Spanish Water Dogs include sight issues, such as having glaucoma and progressive retinal atrophy. Later on in their life, they may also suffer from other eye problems, as well as hearing problems which may develop. Among older dogs, arthritis is also a common issue.

Spanish Water Dogs love to investigate, roam around, and are highly inquisitive. They also require a lot of exercises. Allowing them to play in open spaces is good enough, with which you may observe the exploratory character of your dog.

Being a water dog, expect that your furry friend will most likely jump at any chance that they will get near a body of water. This means that if you are close to rivers, ponds, and shorelines, you may want to allow them to exercise.