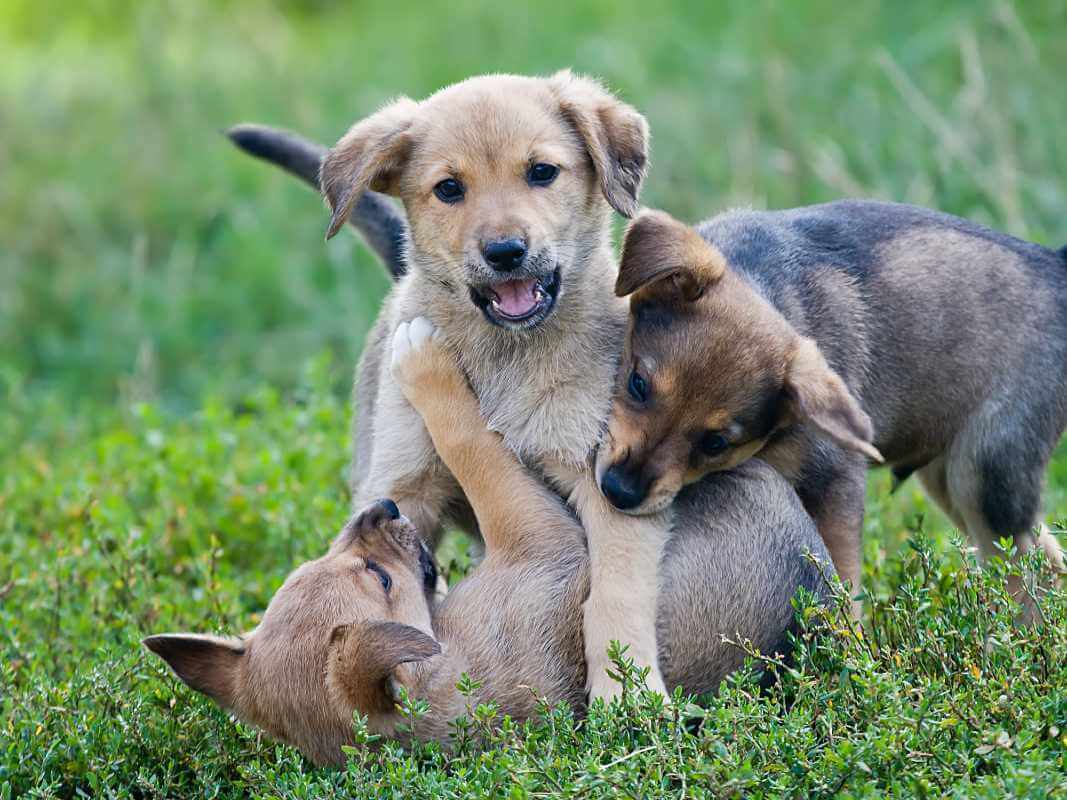 You may have heard of pet owners saying that male puppies are fiercer and more active than female puppies. Is this true? According to experts, both male and female puppies may act aggressive but this is nothing more than just play behavior. Puppies may be seen playing rough, biting each other, barking, and chasing each other. But this behavior is not dangerous to pets and to humans.

If male puppies were to be differentiated from female puppies, you would notice that most males may be more active than female pups. If there were puppy siblings, larger males may play rough and tend to chase each other and rough house.

As male dogs grow, experts say that male dogs are more likely to show signs of aggression in an aggressive event than female dogs. In a pack, you can clearly spot dominant male dogs which may display signs of dominance over all the members of the group.

Female puppies are meeker and less involved in play activities than males although this does not apply to all female pups. As puppies grow older, females may also join their male siblings in a play fight. Females may also show signs of aggression but these are only for play.

When female dogs grow up, these dogs may threaten less than male dogs but display unique traits like stubbornness, independence, and can become very territorial compared to males. When females start to have children, she may become very aggressive with males and with anyone who tries to handle her babies. Even pet owners have experienced the same behavior with their female dogs who have just given birth. Experts believe that this is a coping mechanism as a way for mothers to protect her babies.

What To Do With Rambunctious Puppies?

Having rambunctious pups may not be a problem as this is only to pretend play but soon, things can become too rough especially for small pups to handle. You can stop this play using the following techniques.

If the pretend play is getting too out of hand, distract your pups using a loud noise like a whistle or a loud clap. You can also call their attention by hitting anything that will make a loud noise. Usually, the fun begins again and this time, they may not heed your distractions. If this happens, use another method but be sure to start with distraction first to make them understand that this is not a good activity.

Use Food To Call Their Attention

Wave their favorite treat. Let them know you’re opening a can of food or tap on their food dishes to distract them. You can try positive reinforcement that rewards them when they stop playing rough. If it’s near lunchtime or dinner time, let your pets eat. You can use treats to make them stop their rambunctious play.

Use This Opportunity To Play With Them

Instead of your pets biting and aggressively pulling and tugging at each other, use this opportunity to start your play. Clap your hands to grab their attention and let them come to you first. Use a short command to let them know what you mean. Once they are near you, use a toy and throw it across the room and let them fetch it for you. Take the toy from your pets and once again, throw the toy across the room and let the dogs fetch it. After a few more turns, your pets will eventually tire themselves out. Another kind of play is to let them catch you or you can play tug of war using a piece of rope.

Take Them For A Short Run

Dogs have a lot of extra energy and this may be one of the reasons for rough house play in puppies. To reduce this pent up energy, take your pets out for a nice walk. Make sure to keep them on a leash through and to watch out for rough play as you walk them out the streets or to a park.

Male and female puppies can be both energetic and rambunctious. As an owner, you should learn how to distinguish rough play from regular play and know when to intervene.