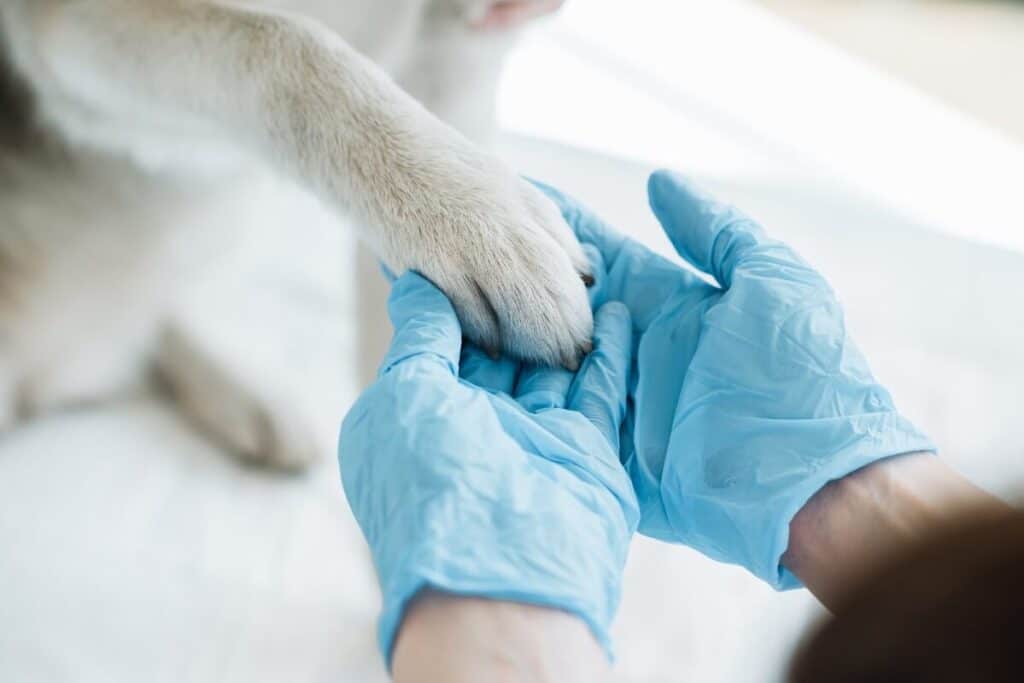 As your pup starts turning into an old puppy, they may begin to develop symptoms of arthritis. The symptoms of this disease may range from being benign, all the way to severe, which can hinder your pup for many years to come in both their movement and general demeanor. However, while arthritis cannot be cured in the traditional sense, there are various methods to control it and make life easier for your pup. One of the most important of these methods is to feed your pup an anti-inflammatory diet!

An anti-inflammatory diet specifically refers to avoiding foods and types of foods that may cause an inflammatory reaction in the joints of your pup. Arthritis worsens in dogs and other animals, as it slowly causes the bones between joints to become rougher with more use. Because of this, the cartilage between the joint that would cause it to move easily is slowly stripped away, causing inflammation problems. Choosing foods that will not trigger this inflammation is one of the greatest ways to combat arthritis in your pup!

What foods should you avoid feeding your arthritic dogs?

This list outlines five of the worst foods you can give your pup! The last thing you want is inflammation in your pup’s joints.

One of the most basic rules, even for humans, is that the more processed material your food contains, the more unhealthy it is. Artificial additives and sugars can cause bones to become rougher faster, and thus causes inflammation! Unfortunately, most brands of dog food will have some sort of processed material in it. In order to avoid any inflammation, it is vital to choose foods that contain no artificial materials in them, such as sweeteners.

Grain free food is often a popular choice for dogs with arthritis. Many dog foods that contain grains also have spelt, soy, and wheat, which are carbohydrates that can spike your pup’s blood sugar and cause severe inflammation in your old pup’s joints. Unfortunately, grain free diets are highly controversial, so consult a professional such as your veterinarian to decide whether it is best for your pup.

Corn has always been considered a cheap filler in many food products, especially for dogs. While it is cheap, it is incredibly unhealthy! It has a high amount of carbohydrates, and while it does make it a good source of energy, it causes inflammation in many breeds of dogs. Corn fillers can also lead to your pup to be malnutritioned or even become overweight! It is not directly harmful if only ingested once in a while, but if you learn that you have been feeding your pup corn-filler heavy meals for a while, be sure to stop and switch to a different brand that doesn’t use as much corn!

Dogs like meat. That’s just a fact of life. However, too many fatty proteins such as beef or pork often can cause obesity in dogs, which adds on to the suffering of being arthritic. The more weight your pup gains, the easier it is to wear down the cartilage between your pup’s joints.

In order to avoid this, you can feed your pup leaner meats, such as chicken or turkey. Poultry is typically leaner as well! As an owner of a dog with arthritis, it is ABSOLUTELY CRITICAL that you keep them at a healthy weight by feeding them leaner proteins. Being obese on top of being arthritic multiplies arthritis pain exponentially, significantly reducing the quality of life for your pup.

Before this section begins, it is important to say that Omega 6 fatty acids are very different than the healthier Omega 3 fatty acids. Omega 6 fatty acids are often found in corn, canola oil, and sunflower seeds, and while they are usually a normal part of your pup’s diet, too many can be incredibly harmful to an arthritic dog. While small amounts can do wonders for your pup’s skin and fur, too much of a good thing is always a problem!

Hormones in your pup’s body will convert Omega 6 fatty acids into more harmful arachidonic acid, which causes inflammation in the joints of dogs. To easily counteract this, give your pup a daily dose of Omega 3 fatty acids, found in fish oils. Supplements can always be found in-stores or online!

You want to give your pup the healthiest life you can, and the easiest way you can do this is watching what they eat! Arthritis is no exception to this rule! Being concerned for your old puppy’s wellbeing is always a vital step in ensuring your pup can live for as long as they can.

Invest in a Good Pet Ramp

A responsible pet parent knows to equip his home with the most appropriate pet ramp to ease the strain on an aging dog’s joints. Our good boi’s and girls can really hurt themselves now just by jumping up and down high beds or couches. Even the high bed of an SUV can seem daunting and dangerous.

Choose the best dog ramp that fits your budget and go through this list of pet ramp products we’ve compiled so you know your pup is always in safe hands. 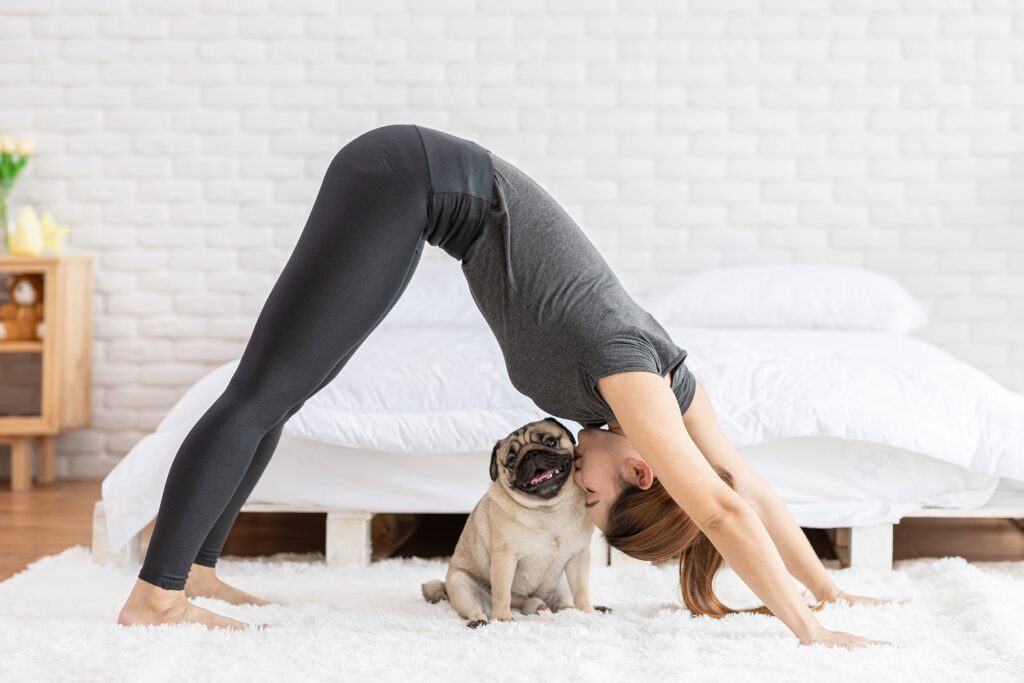 Benefits of Exercising with Your Pets 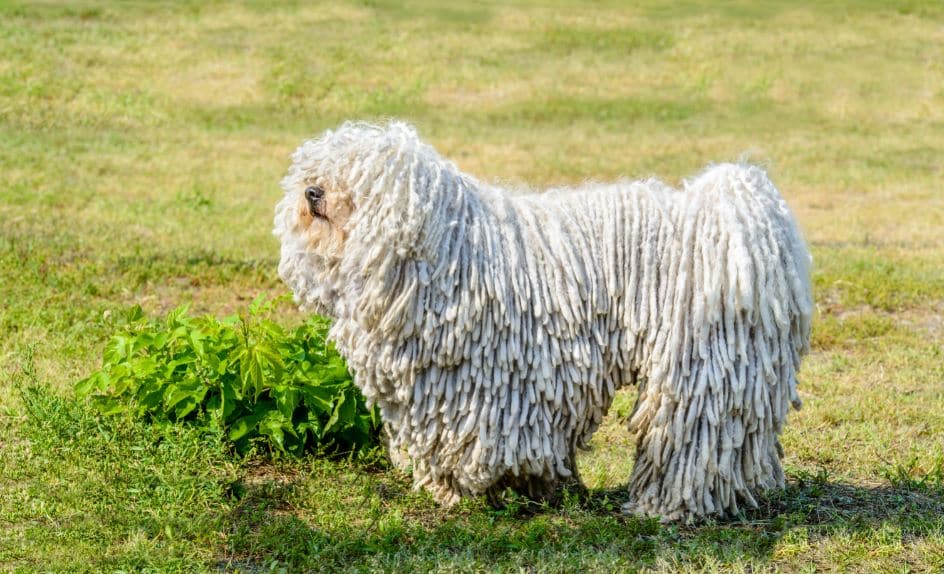