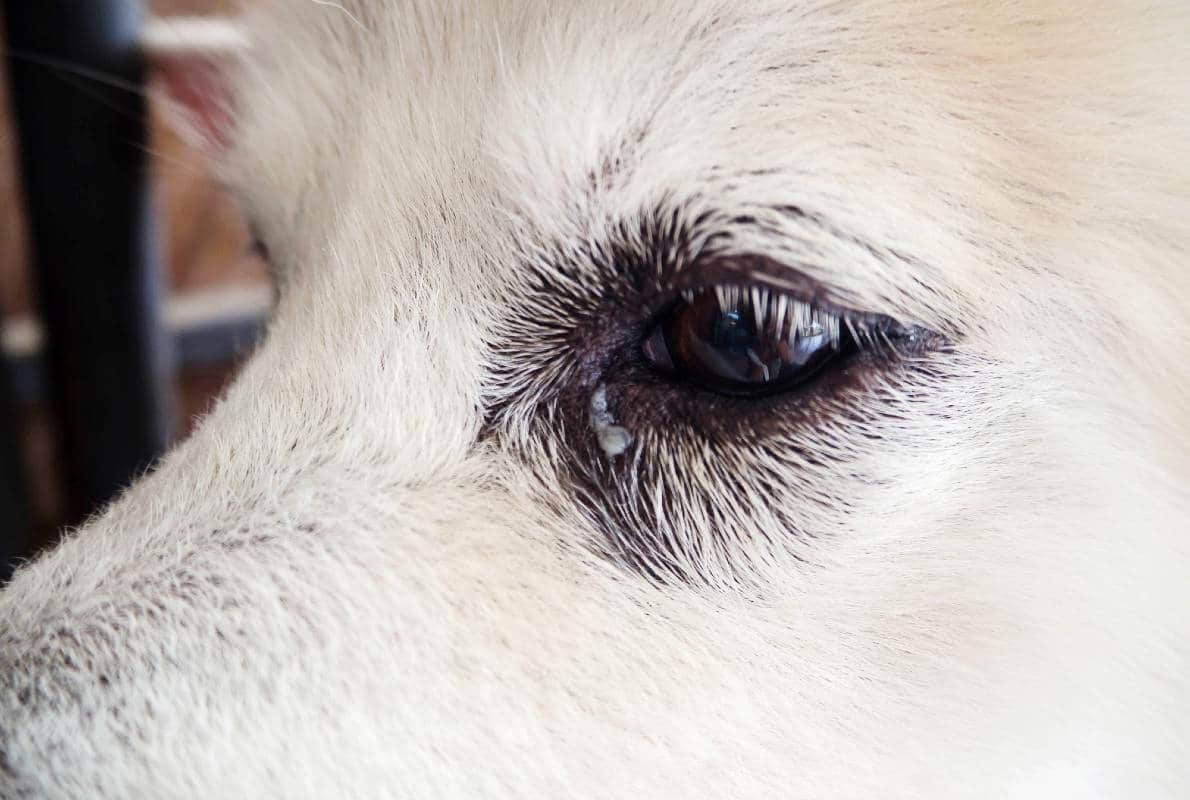 If you are taking care of a dog, you would know that they are generally quite easy to take care of as long as you just feed them well and that you make sure that you provide them with the love and care they deserve.

Of course, because of how fun-loving and active dogs are, they can easily get messy and smelly. You have to make sure you keep them clean. And one of the messier parts of a dog, if you have noticed, is the area around its eyes.

Eye boogers among dogs are quite common for plenty of our canine pals. But you may be wondering what they mean or if they are good or bad for the dog. Well, there are plenty of indications when it comes to those eye boogers. That is why we are here to discuss what they are and what they mean for your dog and its overall condition and health.

What Are Doggie Eye Boogers?

To put it bluntly, the eye boogers that can be found around your pet dog’s eyes are simply the product of its tears. These are eye discharges that may or may not be common depending on the conditions and on the dog.

Also called eye gunk, these boogers are medically or formally called eye discharge and can range from clear and watery to a thick liquid that may look a lot like pus. If the discharge is thick, it may actually dry up or harden and eventually form a crust around your dog’s eye.

When the eye booger actually forms a crust, you may want to worry about your dog’s condition because this could mean that he may be suffering from an illness. You should also go to a vet to have your dog checked if you notice that your dog has unusually runny eyes that you think are caused by something serious.

As mentioned, the major cause of doggie eye boogers is the discharge that comes from your dog’s eyes whenever it becomes runny. In normal cases, the eye boogers are simply tears that have built up to form a thick mucus-like substance around the dog’s eyes. However, when the boogers are too crusty, your dog may be suffering from conditions that cause its eyes to become runnier than it should be.

Here are some of the possible conditions causing your dog’s runny eyes:

What You Should Do

What you should do with doggie eye boogers actually depends on the severity of the case. In some cases, it may also depend on what caused the doggie eye boogers and if your dog is suffering from some sort of a condition that is causing its watery and runny eyes to have a puss-like discharge.

If the dog’s eye boogers harden and turn into some sort of a crust, that is when you may have to take the dog to a veterinarian for immediate treatment in case the cause of the discharge is something serious. However, if it is simply a cause of watery eyes, you may only need to clean the area around the dog’s eyes.

Take the dog to a vet immediately to have it checked. The vet will look at the symptoms and may come to a conclusion as to what is causing the dog’s eyes to be runnier and more watery than usual. Treatments for the dog’s runny eyes will depend on the condition or illness.

If it is a case of a bacterial or viral infection, the vet may prescribe an anti-bacterial or an anti-viral medicine or drop that can help heal your dog’s eyes and prevent it from becoming too watery. In cases when the dog’s eye discharge is caused by dryness, your vet will prescribe a medicine that can help hydrate your canine’s eyes to prevent any more dryness that could even lead to blindness if you are not prompt enough in having your dog checked.

In some cases, the gunky discharge or eye boogers are merely caused by normal circumstances, such as when your dog has eyes that are just more watery than other breeds. If that is the case, what you need to do is to make sure you keep the dog’s eyes clean and to see to it that you remove the crusty doggie eye boogers to prevent infections that may arise out of it.