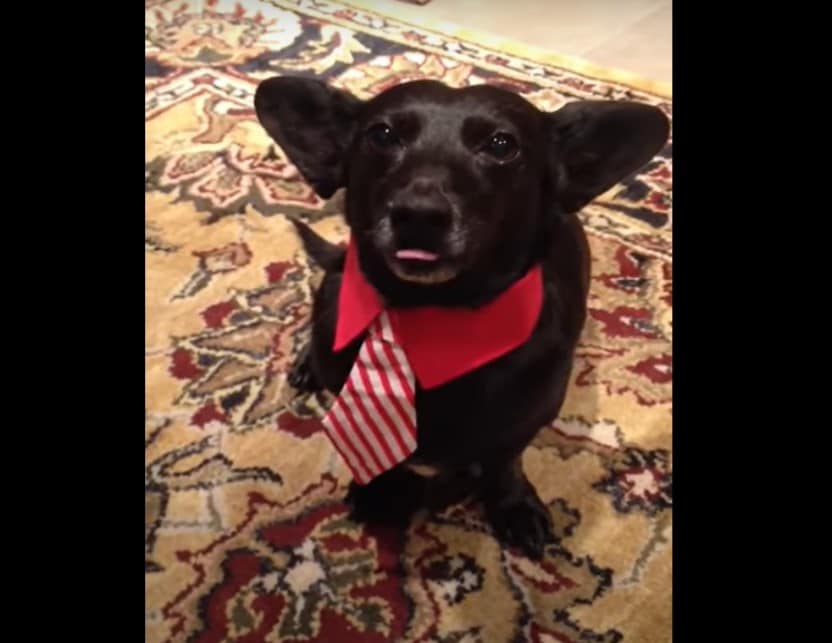 I always thought smaller dog breeds have longer lifespans, but after forum-shopping on different dog-centric Facebook groups, I was informed that the average lifespan of a chiweenie ranges broadly from 10-15 years old depending on the source.

Rare is the little one who can age gracefully into his twenties. That’s why when fellow “I Love Chiweenie” group member Terry Lico Heden shared in a post that her adopted chiweeenie lived to the ripe old age of 20, I just had to know more.

Terry adopted Max when his original owner had to go to a care facility due to declining health. A friend from Terry’s church helped look for the best home for him and Terry volunteered hers. It was true love between mom and furbaby since Max arrived at his second “fur-ever” family.

Max was already eight years old when Terry got him. The rambunctious dark chiweenie was healthy for most of his long life, notwithstanding the dental issues that plague small dog breeds. Check out this article to read a short list of common health issues that affect our chiweenie babies. Here’s a video of him singing his heart out, taken when Max was thirteen.

“Max loved to eat, sleep, go for walks. He just loved being with us. It was funny after me and my husband got married, Max slept right between us.
He was a very sweet dog.”

Max became attached to Terry’s husband even more when he moved in. “I remember the first night after I got married my husband came to get in bed and Max was ready to protect me.”

Terry had fun going down memory lane, remembering her beloved furboy. “I remember when I first got him, I would have weekly Bible study at my house and when the doorbell rang, Max would run to the door and greet everyone that came in. He was protective over me.

Max was fed Royal Canin Veterinary Diet Renal Support dry dog food when he was diagnosed with end-stage renal disease at age 16. Terry added rice and chicken or beef broth to the dry food to encourage his appetite. During his last six months of life, his food was switched to the wet food version for renal support. He displayed somme difficulty walking so every six weeks, Terry took him to his vet to get a shot that relieved his arthritic pain.

Max suffered from dental problems during his senior years. Chiweenies are known for that. He once had thirteen teeth pulled at one time, but recovered quickly. What a fighter indeed!

Aside from his medical issues, Terry made sure Max received his regular monthly flea preventative. Max still went on walks during the end of his life, but Terry mentioned he walked very gingerly to the end.

“He was the best dog. The night before we had to put him down, he gave both myself and my husband so much love, lots of kisses. He was not a barker, but he did growl when he didn’t get his way. We always knew what he was saying.”

On July 7, 2020, Terry and her husband woke up to strange noises. Max was seizing, something he’d never done before. “My husband and I both waited and tried to calm him down, but he was not coming out of it. We made the hard decision to put him down. It was especially hard during this pandemic. Luckily our vet was there that Saturday morning and allowed us to go in with him.”

Max was six weeks shy from turning 21 years old when he crossed over to the great beyond. His mom and dad remember him with only love in their hearts.

“This picture was taken within the last year of his life. This was how I got to cuddle with him every day. That’s what I miss the most. He was such a special boy.”