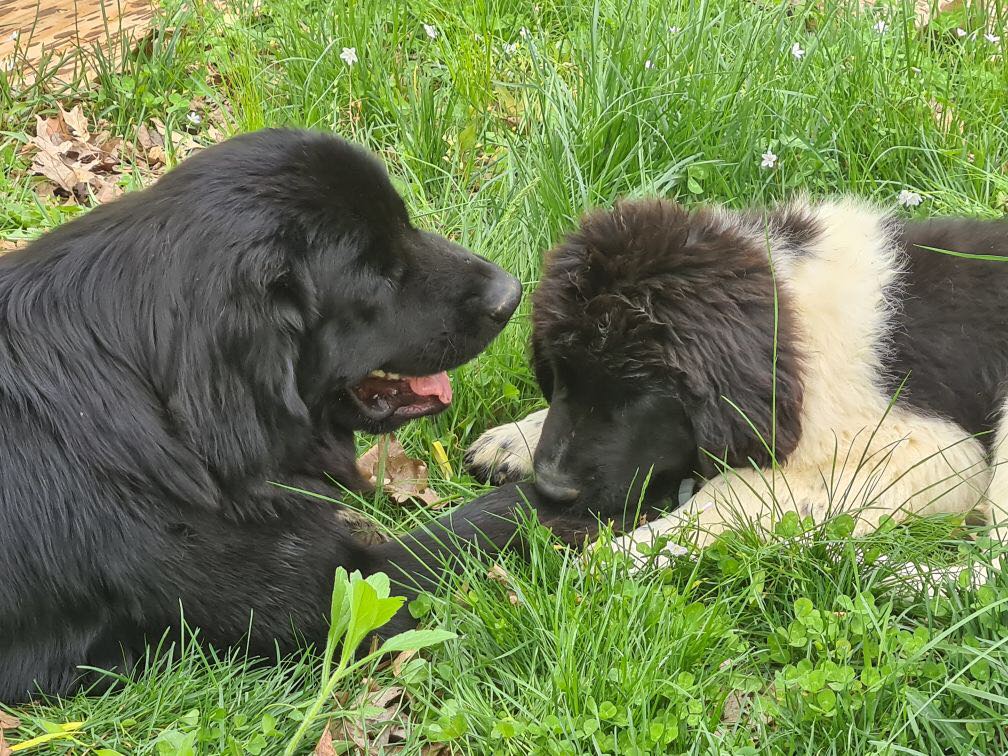 If you have never encountered a Newfoundland and you have finally met one, there is no doubt that you will fall in love with the dog right away. They are often termed as ‘gentle giants’, massive but sweet. They are also loyal and smart. They can be the best pet you could ever have.

They are not just huge in terms of size, they have big hearts! They are hardworking, loyal, and perfectly suited for working both in water and land. By nature, these dogs are also very sweet, thus making a great companion in the family. However, before bringing home one, there are several things that you need to know first. Here are the top 10 facts about the Newfoundland dog breed.

Fact 1: This breed got its name from its place of origin

Yes, it was named from the place where it hailed from – Newfoundland. This is an island that belongs to the easternmost province of Canada. This breed thrived well in the coastal area, serving as a working dog, and performs well both in water and land.

Even though there have been no records that trace the earliest beginnings of these dogs, it has been believed that they are descendants of the Tibetan Mastiff. It was also thought that they came to North America during the 15th and 16th centuries via European ships. Their reputation in being hard workers have resulted in their breeding, It was in 1886 when the breed was acknowledged by the American Kennel Club.

Fact 2: They were designed to swim

With a muscular, thick frame, heavy, long cats, and webbed paws, these Newfies are adept in swimming, even in cold waters such as those that win the coastlines of Canada. This breed also performs really well in long-distance swimming, and as working dogs. They used to help in hauling fishermen’s nets, carrying boat lines to the shore, or retrieving things or people that fell overboard. Unlike the regular dog paddle, this breed does a breaststroke.

One reason for this amazing capability is their partially webbed feet. This is not really something that anybody would expect out of a dog, though Newfies are not the only dogs with this kind of interesting physical feature. Even though they are no longer often seen serving as ship assistants, their expertise in swimming is still naturally intact.

These dogs are not just great at swimming, but they also love doing water rescue. This is because they have this natural inclination with rescuing drowning or struggling people, pulling them out of water. In fact, they have also been observed to brave even dangerous and treacherous water conditions just to pull people back to safety.

Newfie puppies love to eat. As a result, they can gain weight and turn into a 100 lbs. dog during their first year. In order to achieve this weight, it means a lot of food. Thus, if you are planning to add a Newfie as a member of your family, make sure that you are able to satisfy its voracious appetite.

Fact 5: They are very loyal

If loyalty is what you are looking for in a pet, a Newfie is a good companion for you. They have been observed to put themselves in the middle of their owners and strangers in order to provide protection. This is also a reason why they are also regarded as nanny dogs because they are very gentle towards children.

Fact 6: They can grow bigger than people

These dogs can get really big. In fact, on average, male dogs can grow up to 130 to 150 pounds, while the female counterparts can reach up to 100 to 120 pounds. This size is actually bigger than some adult humans.

Fact 7: They need a lot of brushing

While other dog breeds tend to be low maintenance in terms of grooming, the Newfoundland dog breed requires a lot of brushing. This is because they tend to shed a lot. So as to ensure that their coats are well-maintained and clean, they need to be brushed a lot, every day. It would be best to have a regular groomer because it would mean frequent visits to them.

Fact 8: They need a regular workout

Even though these dogs are known to be docile, they also require a lot of exercises. Too much chilling could only result in an unhealthy and overweight dog. As such, it is very important to ensure that your Newfie could enjoy either an enclosed space or a huge yard where they can freely run around. They would also appreciate it if their daily walks are also supplemented by occasional swims.

Fact 9: They are photogenic

While it is easy to conclude that all dogs are photogenic, Newfies take their adorability a notch higher. They perfectly represent those puppy-dog eyes, sweet faces, and a beauty that will even be more emphasized during close-ups. There is no wonder that you will often see Newfies getting attention on social media.

Fact 10: They were favorites of some notable personalities

Throughout history, a number of notable figures have been proud parents of Newfoundland doggies. This includes former presidents of the United States, such as Lyndon B. Johnson, and Ulysses S. Grant. Other personalities also include author Emily Dickinson, poet Lord Byron, and the explorer’s Lewis and Clark.