Will Runt Dogs Ever Get Healthy?

Dogs are the descendants of ancient wild wolves. Ever since primitive men accidentally domesticated the wolves to create companion dogs, man has fiddled around with animal husbandry to design dogs with preferred traits. And so the dog breeding industry was born.

Dog breeding evokes different emotions in a lot of people. It’s considered a well-respected endeavors among show dog mavens as it paved the way for us to nurture and develop some of the best breeds in dogs, creating fame and fortune among owners of pedigreed pooches.

Among animal rescuers, breeding is frowned upon as these small orgs have to pick up after the irresponsibility of backyard breeders that are only in it for the money.

Foremost among the problems encountered in dog breeding is the unhealthy animals in a litter, the smallest puppy who is struggling to survive.

The outlier in the litter is weaker compared to its siblings – the runt of the litter. But what exactly is the runt? More importantly, will it grow up to be a sickly dog compared to all of the other puppies in the litter? Well, let us find out more about the runt and what kind of care it needs from you.

What is a runt?

Even if you are not into dog breeding or even if you are not particularly interested in dogs, the term “runt” is often something that is thrown around quite a lot and is certainly a word you have heard more than once in movies, television, or even simple conversations. This term is often used to describe someone who tends to be weaker and smaller than the rest of the pack. That is because a runt is exactly that.

The word runt actually is used to describe that one outlier in a litter of puppies. This outlier is often described as the puppy that is weakest and smallest compared to all of the other ones. While not all puppies are born the same in terms of size and physical attributes, the runt usually seems to be far below the others and is very much less of a fighter compared to the other ones.

Because of that, it is easy to observe how the runt develops a lot slower than the others and is more likely to be smaller compared to its siblings, even if you give all of them the same kind of care and nutrition. They really are regarded as the smallest puppy in the litter. However, does that necessarily mean that the runt of the litter is generally weak and small? Not exactly.

Even though the runt is comparatively the smallest of the pack of puppies, it is not necessarily small and weak in the general scheme of things. As long as the runt is within the healthy weight range, it still is very much healthy and will probably experience a normal life. In many cases, you could even say that this healthy run is the normal one of the litter as its siblings might be generally bigger and healthier than most of the other puppies of the same breed.

However, there still is something like a traditional definition of a runt as far as dog breeders are concerned. While the runt is generally used to describe the smallest puppy of the litter, breeders have a more technical way of describing what a runt is. In fact, for dog breeders, there can be more than one runt. It can even be possible for an entire litter to be composed of runts. But how is that possible?

Well, breeders usually describe runts as puppies that are not comparatively smaller and weaker but are generally smaller and weaker when you look at the normal weight and development of a puppy. In simple terms, runts are puppies that develop slower than what is normally expected of them. They are also slower to gain size and weight on a general scale. In that regard, if the entire litter is composed of puppies that are slow to develop, you can say that all of them are runts. This also means that the runt of runts may need more attention and care on your part if you want it or them to grow up to have a normal life.

Why is there even a runt?

In a lot of cases, you won’t be able to detect which among the puppies is a runt until maybe a week later after birth. If you notice one or more puppies that tend to be weaker and are slower to develop when compared to their other siblings or to the normal standards, then these are the runts. However, being a runt is something that may be tied into conception instead of it simply being a matter of competition for nutrients and care the moment they are born.

While some believe that runts exist because these puppies do not get the same nutrients than others after they are born, there are facts that would show that runts may actually exist because of how they were not able to get implanted in the best parts of the uterus when they were still embryos. As such, this particular embryo was not able to get the same kind of nutrients than its other siblings when they were still in their mother’s womb. In a sense, the moment that the puppies are finally born, the runt was still behind the others in terms of physical development.

Do runts grow up to be weak and sickly?

Now that you know that the runt is the puppy that is lagging in terms of development because of how it was unable to reach the desired levels of nutrition at one point in its life, you might be wondering if it is, in fact, a dog that would end up to become weak and sickly its entire life. Well, that really all depends on how you look at it and how you take care of them.

First off, runts are, in fact, sickly in the first few days since birth. The reason for such is that they tend to struggle with nursing and are unable to get the desired nutrients from their mother’s milk due to how the other puppies are stronger than it is and are able to compete for a better nursing spot more than the runt. Second, runts are often ignored by their mothers due to how dogs are naturally wired to focus more on the puppies that have a higher chance of survival. Because of those factors, runts are generally sickly and are prone to a lot of ailments during the earlier parts of their lifespan.

Fading puppy syndrome is more common in runts than it is in the other puppies. This is an ailment that describes how a puppy suddenly becomes lethargic, weak, and less likely to gain weight as it ages during its first two weeks. Because a runt receives inadequate nutrition and does not get the warmth and care it requires from its mother, there is a large chance that it will end up becoming weak and prone to this syndrome.

So, generally, you could say that runts are sickly dogs due to how they are less likely to receive adequate care and nutrition. In some cases, runts are expected to die rather quickly due to their sickly nature. However, a runt does not have to end up becoming sickly throughout the rest of its entire life. As a breeder, it is your responsibility to fill in the gaps so that it will end up becoming just as healthy as its siblings.

Conclusion – Taking Care of the Runt

Because a runt is generally weak and sickly, you have to make sure that it gets more attention from you. It has to be checked regularly and should be given more focus in terms of your own personal care. As such, because there is a good chance that it won’t get the care and concern from its mother, you have to fill in the gaps by feeding it yourself and by providing it with a specialized puppy formula designed to give it the nutrients it lacks. You should also give it the warmth and love it needs to give it a fighting chance at life.

Runts are the very definition of underdogs. They were not given a chance at life even by their own mothers and are already written off. It is up to you to give it that chance it needs. A runt that has survived for eight weeks is more likely to be called a survivor because it has already beaten the odds. Your job is to make sure that it gets all of the love, attention, and care it needs to beat the odds and to develop into a fighter in life. And once the runt has beaten the odds, it has a bigger chance at a normal life and will become less sickly than it originally was. 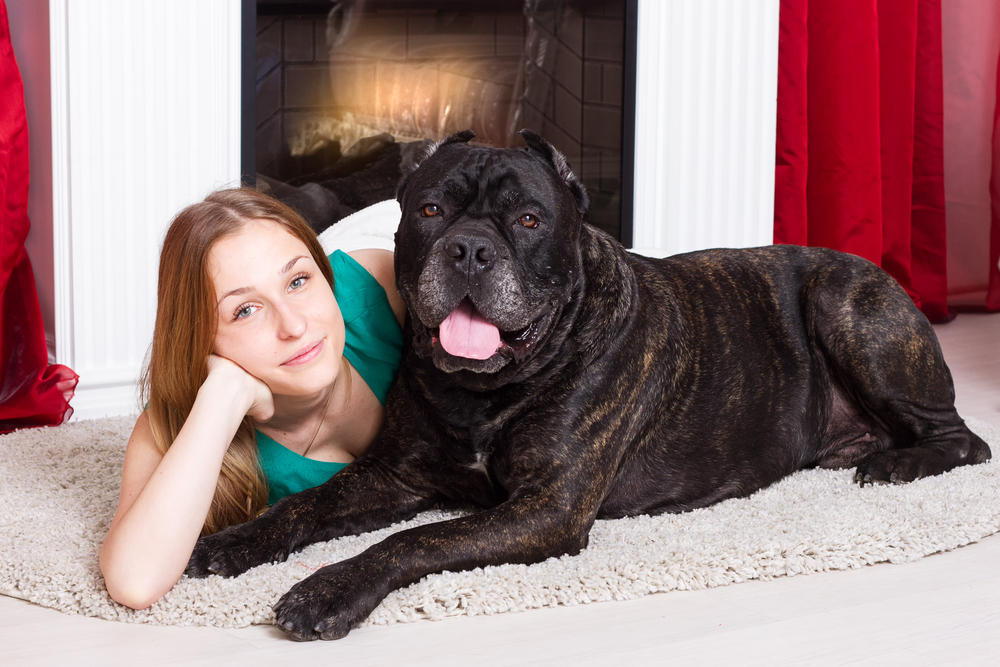 How to Manage Your Cane Corso’s Most Common Health Issues 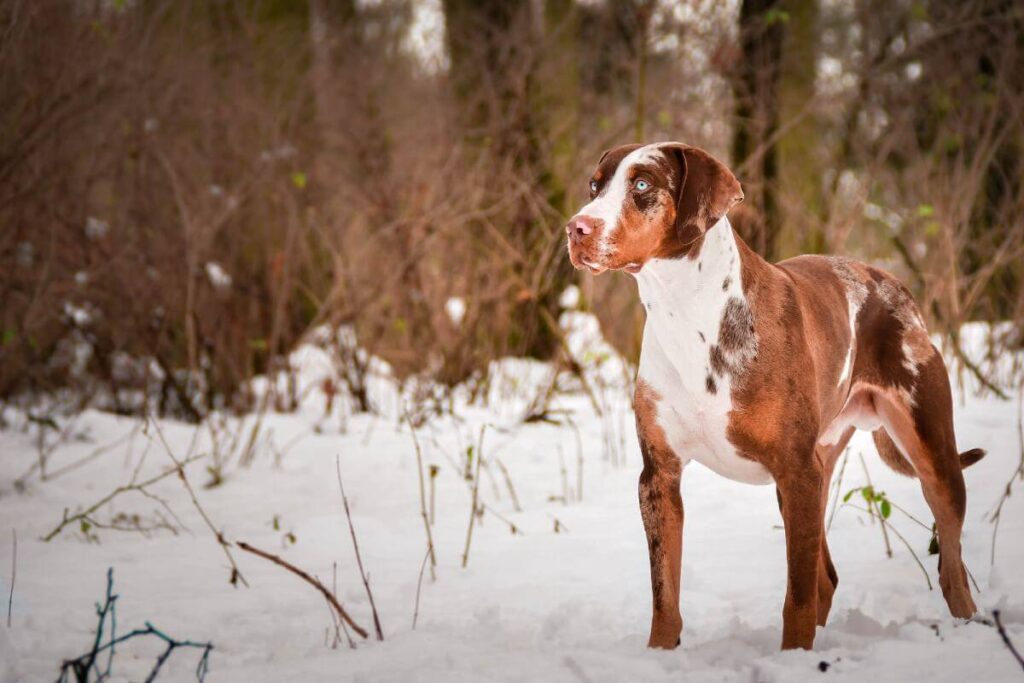 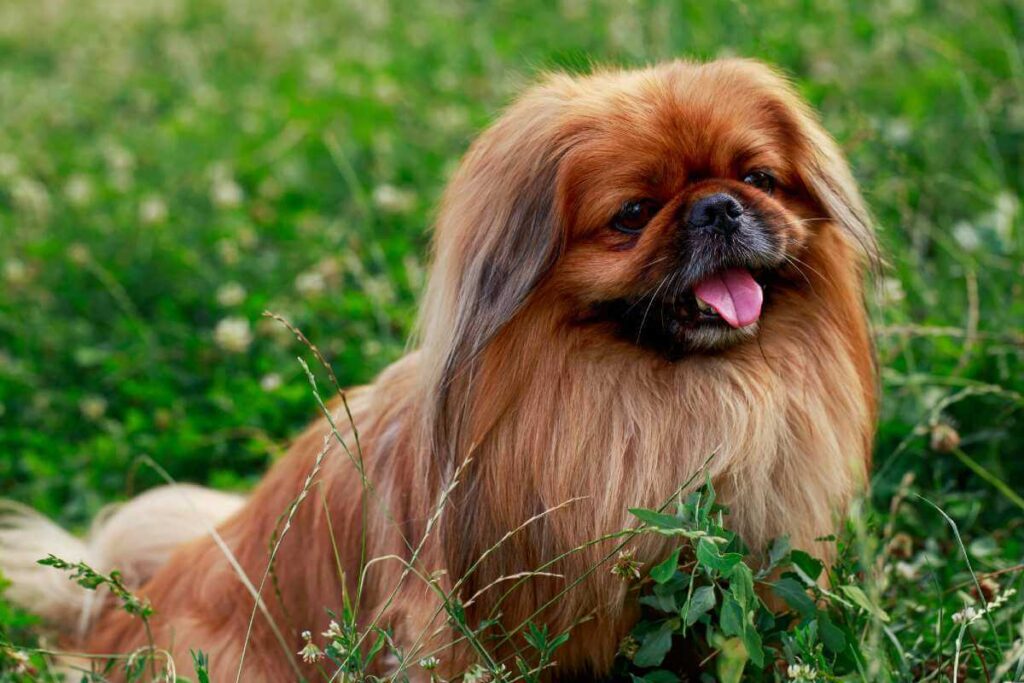