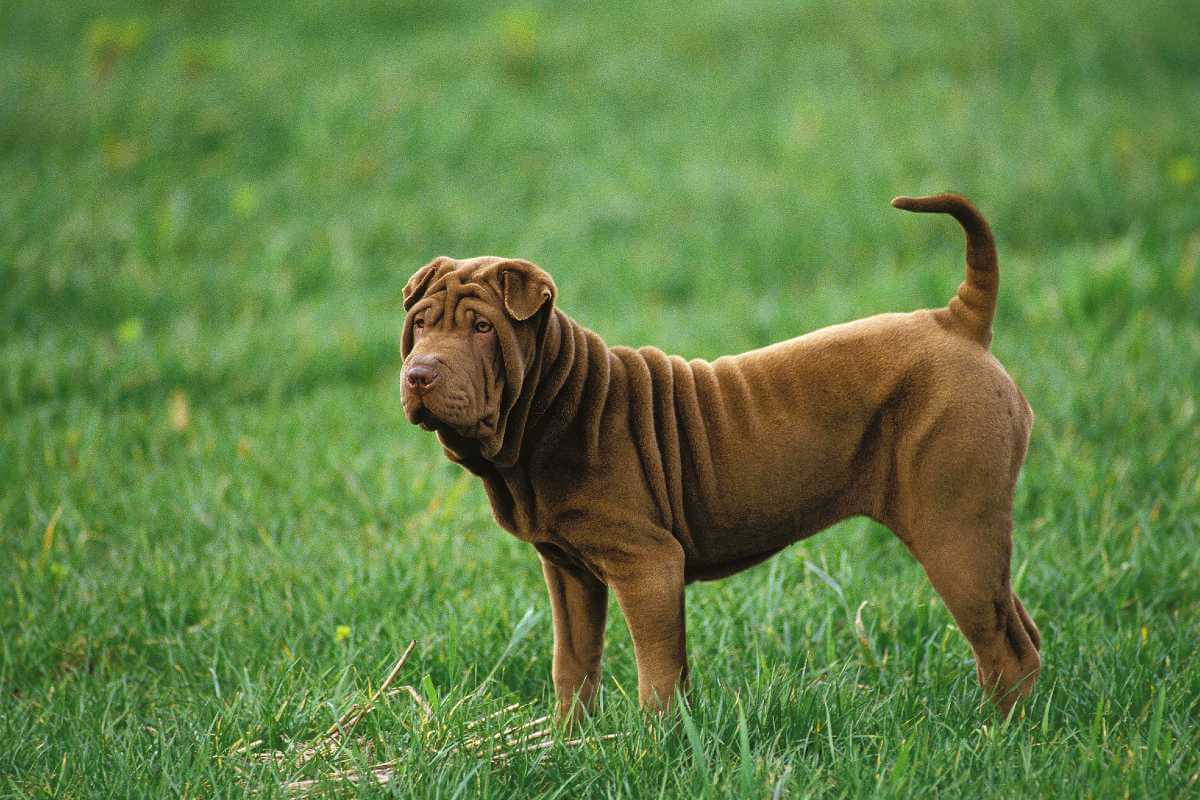 Shar Pei dogs – dogs with high tails, dark tongue, and attractive, deep-set eyes. The ultimate give-in? Those wrinkles, who could ever forget them? These dogs are very easy to identify in a crowd of dogs, all thanks to these very unique features and characteristics.

This breed is rare, strong, and distinct. They seem like the best cuddle partners, but they are, in reality, very independent and reserved. As such, some find it challenging to break through the emotional and wall created by these dogs. Browse through this informational guide and learn a thing or two about this very special breed.

The origins of the Shar Pei breed traces back to around 200 B.C, under China’s Han Dynasty. This breed is considered native to the Southern provinces of China and was bred and cared for by peasant farmers with the purpose of having dogs that could protect their livestock. This has further encouraged their reputation of being effective farm dogs, with tasks including being protectors, herders, and most of the time, hunters. These dogs were bred and preferred because of their courage, intelligence, and amazing devotion to their owners and their property.

In the 1950s, this breed almost became extinct when China regulated the ownership and breeding of dogs. It was a good thing, however, that a breeder in Hong Kong convinced dog enthusiasts in America to preserve this breed back in the 1970s. It was then that the dog was eventually recognized as a legitimate breed in 1992 by the American Kennel Club.

It is easy to spot a Shar Pei. In fact, when lined up with other dogs, the dog with a muzzle that looks like that of a hippopotamus snout is the Shar Pei dog. Their muzzle is folded and large. They are also known for their round, small eyes, with folded triangular ears, folding along his face, back, and brow.

This breed is muscular and well-built, with thick hind legs and curled tail. The coat of this dog is rough and short, usually compared with sandpaper. As a matter of fact, the name of this breed roughly translates to ‘sand skin’.

These days, this breed of dog is known for being a family dog. They are known for their suspicious and keen nature. Even though they also show being loyal and loving to their owners, they are also fierce when they start noticing a threat. This nature has made them a very effective dog, but without appropriate socialization and training, this could pose some problems later on.

The Shar Pei dog breed is an amazing and loyal companion, known for their devotion. They are highly trainable given that they are trained repeatedly, patiently while using positive reinforcement approaches. Without the right training, they tend to show guarding and territorial behaviors.

For one, they are naturally alert in the presence of strangers. However, they can really get along well with their owners, and their family and friends. Even though they are good dogs to raise in families with children, it is very important that they are raised along with the children, and be given obedience training while they are growing up. At the same time, children need to know how to interact with their dog respectfully. For this, parents may need to supervise their children and dog to make sure that they are getting along well.

On the other hand, if training is neglected properly, this breed could become territorial and aggressive in the presence of other dogs. As such, it may not be a good idea to have them in homes with dogs already around, unless they are taken in as a puppy.

In order to make sure that your Shar Pei dog stays happy and healthy, it needs to be brushed once a week at least, even daily, if possible. When doing so, make sure that you use a dog-safe toothbrush and toothpaste. This will make sure that tartar and plaque buildup will not cause dental disease on your beloved dog.

In doing so, it is best to use a slicker brush because it is effective in collecting debris and loose hair. Even though this breed sheds hair, the shedding is mainly moderate, occurring mostly during fall and spring, because this is the shedding season. When this happens, brushing should be performed more regularly in order to remove loose hair, while keeping the coat and skin of your dog healthy.

Your dog should also be bathed at least once a month, preferably using a good dog shampoo. Pay attention to the ears, because they also need to be cleaned and checked routinely in order to keep them free from build-up of moisture and debris. When unattended, this build-up could result in an ear infection.

The nails of your dog should also be regularly trimmed in order to avoid splitting and cracking. At the same time, their eyes, along with the folds will also require special cleaning and attention in order to make sure that the build-up of moisture and debris does not result in infection and irritation.

A healthy dog has a lifespan of 8 to 12 years. The Shar Pei breed is also prone to certain health concerns. In order to maintain the health of your beloved dog, it is vital to make sure that you give your dog a quality diet, preferably one that is specific to the age, activity level, and weight of your dog. Invest in quality health supplements for your aging dog when you notice them limping or displaying mobility issues. One of the best investments to make when your beloved Shar Pei is getting older is a heavy duty dog stroller so he can continue enjoying a stroll around the neighborhood despite having joint pains and arthritis. We curated a list of the most budget-friendly dog strollers with quality in mind so you don’t have to do the digging.