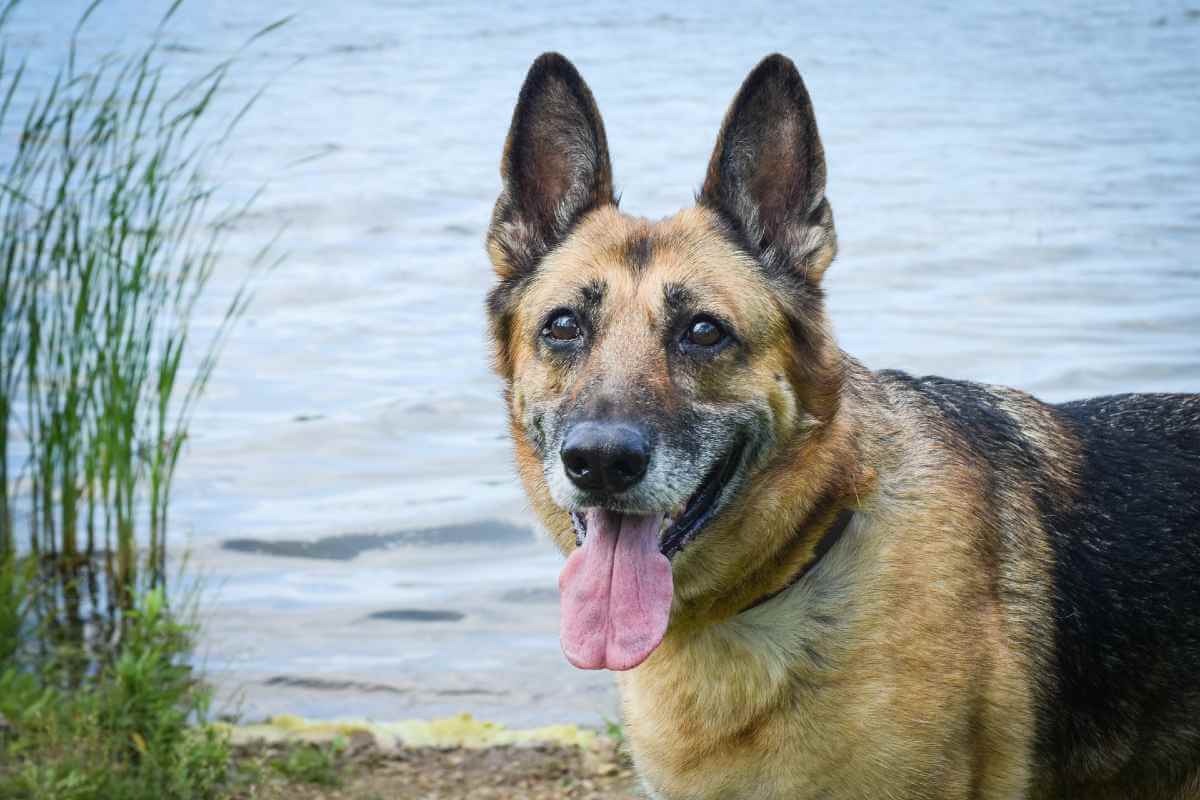 You’ve probably noticed your German Shepherd’s ears are up, down, back, or forward. But what do these positions mean?

While some people may not be aware of the significance of these changes, there are many people who want to know what they mean. There is also a lot of confusion when it comes to understanding the stages in which these positions happen.

To better explain this, we created this guide on German Shepherd ears.

Learn the reasons why your Shepherds aren’t standing up, how to get them to stand up and what it means for owners!

When Do German Shepherd Ears Stand Up?

After your puppy has stopped teething around 20 weeks, his ears will start to show signs of growth. But why this long?

The German Shepherds’ cartilage can be too weak to support the large ears and weight. However, they will grow stronger cartilage as they get proper nutrition, and this usually takes around 20 weeks.

As they get about the teething stage and begin to become independent, their ears will start to change from floppy to pointy. It is possible to see them get up in response to noises, but they will quickly sink back down.

If during the first five month of the teething stage the ears are straightened, it’s more likely that they will remain straight and pointed in their lifetime.

What Can You Do To Make German Shepherd Ears Stand Up?

A great way to help German Shepherd ears stand is by keeping a chew toy around the house. Chewing helps relieve any stress and build muscles.

Most dogs like to play fetch with a ball or something similar. Giving your German Shepherd toys or a ball forces the puppy to use its paws and exert pressure on different muscles and bones.

This can help strengthen the ear cartilage, which can take some time after teething!

If you’re looking to boost the process by which the ear cartilage becomes stronger, it’s important that your German Shepherd receives proper nutrition.

The best types of dog food contain all of the necessary nutrients to make ears stand up. A quality natural diet for a puppy should contain lots of protein and fats because these things are important for energy and growth.

In addition, it is recommended that you add supplements such as vitamin C to your dog’s diet. Vitamin C can increase blood flow which, in turn, can make German Shepherd ears stand up faster. However, you should note that vitamin C supplements can cause diarrhea if too much is consumed in a short period.

It is also possible to tape German Shepherd ears in an attempt to make them stand up. However, this method is not recommended because it can damage your dog’s cartilage and natural ear shape.

It should only be your last option. If your dog’s ears are still not standing up after 10 weeks, then you should consult with a veterinarian.

If this method is used, only use the right type of tape and don’t apply it for more than six hours at a time.

This is the most common reason why German Shepherds’ ears don’t stand.

Ear cartilage is not strong enough to support the ears during teething. But don’t worry because this usually changes as he grows.

Once he stops teething (usually after 6-7 months) his ears will start to stand up straight.

Some German Shepherd breeds are more likely to have droopy ears than others. Sometimes, this is due to genetics, and if so, there is not much to do about it.

Research which lines your dog comes from and look for a history of floppy ears. German Shepherds are known as a breed with the biggest ears, so it’s worth finding out if his ancestors had big years as well.

It’s possible that your dog’s ears will never stand up. If this happens, consider consulting with a breeder. Also, ask them if the parent dogs’ ears didn’t stand either.

You may find that your particular breed of German Shepherd is just less likely to have pointy ears than others.

This may have affected your German Shepherd puppy when he was just a baby. If his ears have been floppy since he was a puppy, you may want to consider the fact that something happened in the past that made this happen.

Maybe they were involved in a fight with another dog, and the trauma of that event made his ears remain down.

Perhaps he had ear infections as a baby that required surgery or medical attention. Either way, they may have been traumatized.

You should never tape your German Shepherd’s ears until they have been standing for at least 10 weeks.

If you try to force them up before the cartilage is strong enough, it can cause a lot of damage and actually hurt their natural ear shape.

Taping your dog’s ears should only be your last resort.

However, if you still decide to go with it, make sure to follow these simple steps to ensure you do it safely:

This chart below represents the percentage (%) of a German Shepherd’s dog’s ears standing up relative to their age.

Yes, they do. Like all dogs, you might need to guide them along the way with some simple tools. But if left alone they will naturally stand up on their own so long as there is no medical reason stopping them from doing so.

Can A German Shepherd Have Floppy Ears?

Yes, they can. It’s not a problem if their ears are not standing up.

In most cases, the ears will start to perk up after teething, which is usually after about 20 weeks or so. Even if they don’t stand up, it is still possible for them to hear just fine.

How Do I Get My German Shepherd’s Ears To Stand Up?

When the time is right, you can use some simple tools to help your German Shepherd get used to their ears being up.  For example, giving them things to chew on helps strengthen the cartilage.

You can also use tape to keep them up for a little while if you wish. A nutritious diet with all the right vitamins and minerals will also help their ears grow to be healthy and strong.

When Should I Tape My German Shepherd’s Ears?

If you feel that your dog’s ears are constantly going down or flapping towards the ground, then try taping them up for a few weeks to see if they perk right back up (but only after 10 weeks of age).

Keeping them up for a few weeks at a time can also help prevent your dog’s ears from getting used to being down all the time.

Taping your German Shepherd’s ears should be a last resort though as there are other things you can try first to encourage them to stand.

What Does It Mean When A German Shepherd’s Ears Are Down?

If your German Shepherd’s ears are hanging down, it can signify several things. It could be that they’re simply tired and the ears will perk up in a little while once they’ve rested and relaxed. Fear or anxiety can also cause the ears to hang.

Nonetheless, if you notice this to be an ongoing problem, then it could mean that there is something medically wrong with them and they need to see a vet.

Although your German Shepherd’s ears will naturally stand up, you can help encourage that process by feeding them the right nutrients and giving them things to chew on.

As long as there is no medical reason preventing their ears from standing up, they should be up in no time.

My neighbor was worried about her German Shepherd’s ears but after doing some of the things mentioned above, her pups’ ears were standing up in no time!

If you have any questions or concerns, you should always visit or call your veterinarian – they are your best resource to ensure the health and well-being of your pets.

Do you own a German Shepherd? How are its ears?