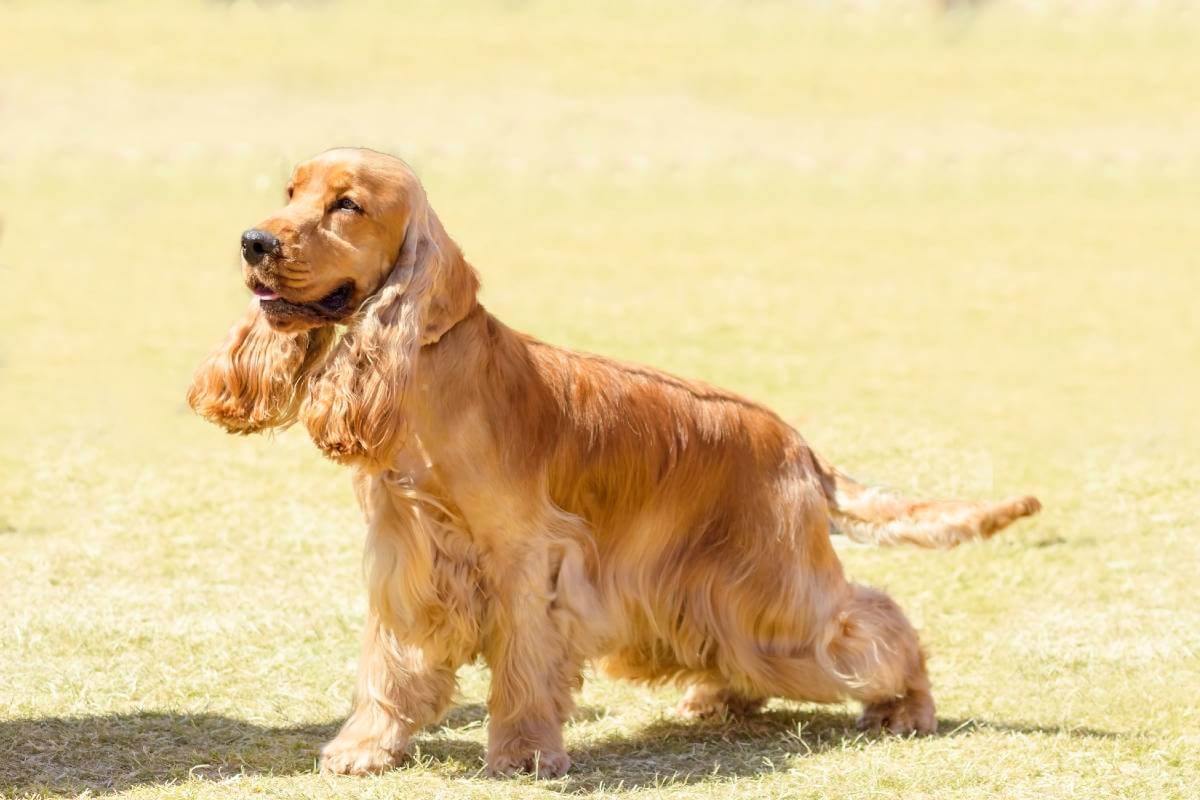 Just as how different humans look differently because of how our race, environment, and ethnicity give us diverse physical attributes that can be quite unique, dogs can be just as diverse as well.

Dogs are usually set apart from one another based on their breed. Each breed of dog has its own unique trait and attribute that makes it unique and appealing in its own right. And when it comes to this attributes, big ears tend to be a physical trait that people cannot help but love.

There is just something special about a dog with big ears. It gives it that uncanny and cuddly look that can make it look like a rabbit but is still a dog at the same time. But, for some people, big ears on a dog is not merely for aesthetics as canines with larger ears tend to have a specific role and are more likely used for hunting or sporting.

Regardless of what your reason is for wanting a dog with big ears, we have compiled a list of the breeds that have the biggest ears.

Dog Breeds With The Biggest Ears

The Pembroke Welsh Corgi is one of the most popular breeds in the doggie world right now not only because of how large its ears are but also because of how it has the overall profile and personality that fits its appearance and identity as an affectionate and playful dog you would certainly love following you around all day no matter what you are doing.

Born in Wales a long time ago, the Pembroke Welsh Corgi used to be a working dog that herded cattle. Nowadays, this dog is now more known as a toy breed due to its playful and fun nature and its appearance. And speaking of its appearance, this Corgi does not only have large upright ears but has a plump or stout body that is accentuated by its equally large butt.

The Bracco Italiano is not the most popular dog breed. Many of you probably have not heard this name before due to how it actually is not on the radar of a lot of dog breeders out there. However, this dog is still one of the best breeds out there if you are looking for a canine pal with large ears and a very soulful and elegant appearance you would love to have by your side when you are in the outdoors.

Born and bred in Italy, the Bracco Italiano was originally designed to be an athletic and powerful dog used for hunting. This is a working dog that is loyal and very intelligent. It has large ears it can use to detect different animals. That is why the Bracco Italiano is currently a very popular breed for shooters and hunters alike.

You should not confuse this breed with its American counterparts and far-off cousins. Unlike its more aggressive American cousins that were used as working dogs or even for security purposes, the French Bulldog is actually a pet in the strict sense of the word because of its identity as a member of the Toy Bulldog line that originated in England.

The French Bulldog is a smaller type of Bulldog and is a pet that really fits the “toy” description due to its gentler temperament and fun-loving personality. And what completes its overall profile as a toy dog are those large ears that give it a clownish and funny appearance everyone loves.

The English Cocker Spaniel is one of the most popular working dogs all over the world and is well-known for producing a liter that is quite varied in terms of the number of pups it tends to produce.

As a dog that is used for sporting, the English Cocker Spaniel is an active and athletic dog that is generally good-natured and loyal to its owner. And what allows it to excel as a sporting dog that can be used for hunting are the large ears that go well with a coat that is longer than most other sporting dogs.

Do not let the name scare you because the Bloodhound is not a dog that is out there to literally seek and draw blood. This large dog was actually bred to be able to detect scents and is one of the most popular dogs when it comes to hunting due to its strong and keen senses.

It has been around since the Middle Ages and was popularly used for hunting down animals and people alike not because of how aggressive it is but because of how it is known to be able to discern different types of scents over great distances and even after several days have passed. Of course, its large ears also allow it to hear and detect sounds to complement its strong sense of smell.

Another member of the hound family of dogs, the Basset Hound, is particularly known for being a scent dog, much like any other hound is. But unlike the larger Bloodhound, the Basset Hound has really short legs but has an elongated body.

Meanwhile, its ears are some of the largest you can ever find in any dog breed as it allows it to hear and detect sounds from far away distances. As a scent hound, the Basset Hound is considered to be second only to the Bloodhound in terms of its ability to detect and discern any kind of scent. That is why it is also a popular choice for hunting and sporting.

The Beagle is one of the world’s most popular breeds and is actually still a member of the hound family of dogs. But unlike most of its other hound counterparts and cousins, the Beagle is actually quite small and was primarily developed for hunting hare.

And even if this dog might be small, it has large ears that can be used for detecting and a good sense of smell that allows it to excel as a scent dog. Nowadays, however, the Beagle has mainly used as a household pet thanks to its overall gentle temperament.

Popularly known as the Wiener Dog, the Dachsund is a small and elongated dog with short legs. As such, it has that sausage-like appearance that has made it so popular for many different types of owners.

The Dachsund might not seem like it, but it is actually a hound dog that was originally bred for sport because of how good it is at using its sense of smell to detect animals. It is great at flushing out smaller animals such as badgers, rats, and animals. Today, however, it is often bred for households instead of for sport.

As the name suggests, the Afghan Hound or simply the Afghan is a breed that originated from Afghanistan but is a far-off cousin of other breeds of hound dogs. This breed is arguably one of the most striking dogs in terms of its overall appearance because of how it can simply captivate your attention.

It was bred specifically for its long and silky hair so that it could actually survive the colder temperatures of the Afghanistan mountains. And when it comes to its ears, it might have one of the longest ears among all of the dogs’ thanks to its extra-long hair.

Not really one of the more popular dogs on the planet, the Weimaraner is still very much a good choice for hunting. In fact, back in the day of the monarchs, this breed was used by royal families as their dog of choice whenever they are out hunting.

Thanks to its slender yet athletic build and its comparatively large frame, the Weimaraner was an effective breed for hunting boar, bear, and deer back in the 19th century. But as the years went by, it became more useful for hunting smaller game thanks to the keen senses backed by its large ears and effective sense of smell.

The Poodle is arguably the toy-est among all of the toy dogs as it is mostly used by different people all over the world as a companion breed and even as an accessory pet.

Unlike other dogs with big ears, the Poodle is a formal breed and does not have a lot of utility purposes. However, it is often bred for competitions based on appearance rather than on its physical capabilities. Nevertheless, because of how adorable this dog is, it is great as a household pet for those who are looking for companions in the house.

Originally bred to be a herding dog, the German Shepherd is one of the most popular dogs in the world because of its keen senses, intelligence, loyalty, and obedient nature. This is a dog that has large upright ears it uses to detect any nearby threats.

As such, this makes it an effective breed for herding sheep or for guarding private property. And because of how easy it is to train, the German Shepherd is also widely used by the police and military as a dog used for detecting bombs and sniffing out different kinds of objects.

Now that we’ve explored these adorable big-eared breeds, we’d like to bring your attention to a little fact of life. Dogs grow old. They will get gray around their face, develop medical issues that needs a vet’s attention, or develop joint mobility issues that hamper their gait.

As a responsible pet owner, you need to prepare for that eventuality. Our favorite furry companions won’t be here on our side forever. It’s such a shame that dogs lives such short lives.

Read our list of highly recommended mobility aids for older or disabled dogs, from a ramp to ease access to high places, to dog strollers that ensure your pups, no matter what stage in life, can join in on family walks.