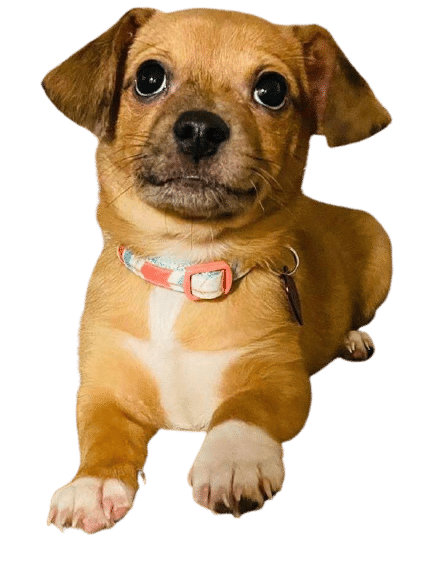 Don’t know a boof from a bork? Or a blep from a blop? Well, that’s okay—your doggo will forgib you; you are, after all, only a hooman.

You’ve probably seen words like these posted on cute dog photos on social media sites. They are all part of what is known as “DoggoLingo,” the internet language of dog owners.

In this article, we’ll introduce you to some of the most common DoggoLingo words and phrases so that you can caption photos of your adorable buddo for all to see. But first, let’s talk a little bit more about what DoggoLingo is.

What the Fluff is DoggoLingo?

DoggoLingo is a made-up language that captures the goofy, friendly, boundless enthusiasm of dogs.

It is what we imagine our language might sound like if dogs used it—and it is also similar to how a lot of dog owners talk to their pets.

It’s a bit like LOLcat. But whereas you’ll usually only see LOLcat in meme captions, you’ll actually run into people talking in DoggoLingo on forums.

DoggoLingo words and constructions include:

That isn’t a full list, but those are some of the common word transformations.

How the H*ck Did DoggoLingo Start?

Specific communities on some of these sites played a key role in the spread of DoggoLingo.

For example, Dogspotting on Facebook has well over a million members contributing thousands of captioned dog photos daily.

That group is big in Australia, and Australian slang often involves suffixing words with “-o.”

So, it probably isn’t a coincidence that “doggo” sounds it came from Down Under. There is a good chance it did.

Of course, dog lovers from all around the world have now added words to the DoggoLingo lexicon.

Do Me an Educate: 15 DoggoLingo Words to Know

Below are some adorable words and phrases to get you started speaking DoggoLingo.

When a dog sticks out its tongue just a tiny bit, that is a “blep.”

“Boof” refers to a Chow Chow. Other dog breeds also have DoggoLingo names. A Corgi is a Corgo, a Pitbull is a Pibble, a Pug is a Puggo, and so forth.

There are whimsical names in DoggoLingo for other animals. A “danger noodle” is a snake. Another example is “Sharp teeth paddle doggo,” which is a shark.

This translates simply to “chicken nuggets,” and illustrates an example of letter substitutions.

“Heck,” sometimes written “h*ck,” is how you swear in DoggoLingo.

“Fluff” is also used as an expletive.

One of the most popular phrases in DoggoLingo is “mlem.” You’ll see this caption when a dog’s tongue is around 20% of the way out of its mouth. If it is hanging over the side, it becomes a “mlerg.” Actual licking is “mlerm.”

As you’d probably guess, a “pawblem” is a “problem.” Puns like this are prevalent in DoggoLingo.

Any doggo can be called a “pupper.”

This is the act of sniffing or the sound involved. Similar constructions include “scritch scrotch” for scratching and “scrib scrub” for bathing.

Now you know some of the most common DoggoLingo words and phrases. Did we do you a fascinate? You’re ready to bork and boof with the best of them. So, go have a snuggo with your pupper and get posting!