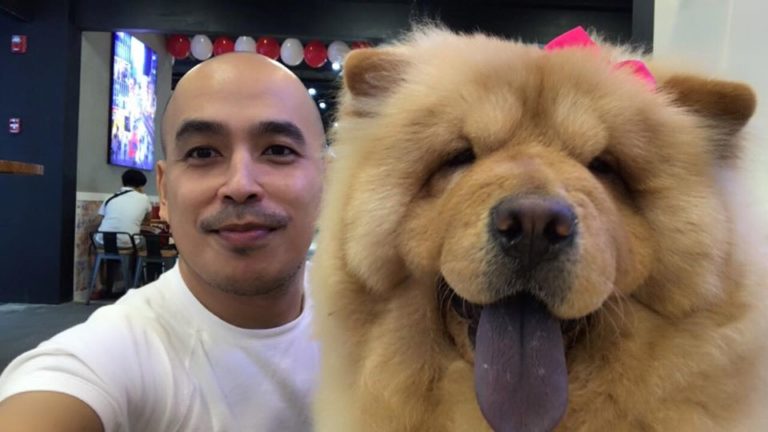 The dog world is full of different breeds that all are unique and lovable in their own right. Each breed of dog has its own personality, physical attributes, and habits. So, in that regard, we can safely say that not all dogs are made equal as some breeds were bred for specific purposes, and there are also some dogs that require special needs and attention from their owners.

If you are talking about a breed that was bred for a specific purpose, then the Chow Chow is one of the most well-known of those types of dogs. This breed is immensely popular in Asia and even in different parts of America because of how it looks like a miniature version of a bear. But the Chow Chow is more than just your gentle doggy bear because of how this dog is known to be a breed that is more than what meets the eye.

Here are some of the facts you might want to know about the Chow Chow breed:

In case you are not familiar with Chinese words, you have to know that the Chow Chow breed is actually a dog that originated from China. For those who are familiar with the Chinese language, the word “chow” actually gives it away. The dog was mostly confined in China and neighboring countries and regions in Asia until it was brought over to the western countries sometime during the 1800s. But for thousands of years, it was mainly a staple dog in China and other Asian countries.

China is ancient and is known to be one of the oldest civilizations in the entire world. The dog is also an older kind of domesticated animal. At the same time, there are also plenty of breeds that are well-known to have come from China. However, the Chow Chow is considered to be the oldest breed that was developed in China as it can be traced back to the ancient Chinese empires. That means that this breed has been around in the world for perhaps for thousands of years already. Some would say that they are already somewhere between 2,000 and 3,000 years old.

In fact, some writings would suggest that the Chow Chow was already a breed that existed during the time of Marco Polo during the 11th century because of how the writings described a dog with movements that are oddly similar to what we know of the Chow Chow.

The truth is that, because of how old the Chow Chow breed is and how its name can be translated into a lot of different meanings depending on which ancient Chinese language you use, there is a lot of ambiguity as to what purpose this dog served when it was first bred back in China some several thousands of years ago. Some say that it was actually a general-purpose dog that can be used for pulling sleds and for helping hunters. However, there is a darker story as to what purpose they were bred for.

Because of how the word “chow” can be translated into something that is related to eating as the Chinese word “chou” means edible, the Chow Chow may have been originally bred for its meat. One can actually understand that given how plump this dog breed can be. But some would say that its name may have come from a slang term for the word curio.

Regardless of what reason the ancient Chinese had when they bred the Chow Chow, they soon began using this dog breed as a working animal. In the Northern area of China, where they originated, they were not known to be working animals. However, when they were soon brought to the southern regions of Canto, they were often used for a wide variety of purposes, such as for herding, pulling, and even hunting.

You read that right. There used to be someone who was so obsessed with these dogs that he owns 5,000 of them. It happened during the Tang dynasty way back during the ancient years of China. Written records suggest that a sovereign during that time worshipped this dog so much that he had over 5,000 of them. On top of that, he employed 10,000 men to watch over the Chow Chows. Talk about obsessed.

In addition to how sovereigns of the Tang dynasty worshipped Chow Chows, they also employed the services of these dogs to accompany their hunters. The Chow Chow was used as a working dog that was actually effective at helping hunters search for potential livestock or even for other people. That is why these dogs tend to have that stocky and muscular build.

The emperor of the Tang dynasty actually had over 2,500 of these dogs according to ancient records. These dogs were there to accompany hunters that numbered in the thousands as well.

One of the more defining traits that the Chow Chow has is its blue tongue. This is kind of odd because of how most dogs have pink tongues. In fact, puppy Chow Chows have pink tongues but would soon change to a bluish or purplish kind of shade later on as they grow old. The only other officially registered breed of dog that has a similarly colored tongue is the Chinese Shar-Pei.

In addition to the Chow Chow’s blue tongue (and sometimes even lips), there are certain types of these dogs that feature blue noses. This is usually observed in Chow Chows that are blue-coated. In that sense, the coats match the nose and even the tongue and lips. That means that it is an all-blue Chow Chow.

On top of that, the Chow Chows also have that unique appearance that makes them stand out when compared to the other dog breeds. They have thick manes that may make them look like lions. This comes paired with small rounded ears hiding underneath the mane. The tail is also curly.

When the Chow Chow grins, you can also clearly see its teeth. Its teeth are also unique in the sense that it has 44 of them as compared to the 42 that most other dog breeds have. And when it usually grins, it happens to squint its eyes a bit to give it that happy face that many people love about it.

The Chow Chow is known to be a dog breed that has a very strong will in the sense that it seems to love being independent. That is why a lot of the Chow Chows you see do not always like getting ordered around by their owners and are much happier when they are left to do what they want to do. This is the type of stubborn personality that is quite common in these dogs.

You may have heard the named Sigmund Freud in one of your psychology classes back when you were still in school. This man is the father of modern psychology and is probably the most popular psychologist of all time. But did you know that this world-renowned name once had a pet, Chow Chow? Well, now you know that even Freud had one of these dogs.

Sigmund Freud named his Chow Chow Jofi. The Chow Chow himself also had an unusual personality in the sense that it acted as some sort of a psychoanalyst. Jofi loved hanging around Freud during his sessions and would even look like he himself was analyzing the patients. He would only approach patients that were calm instead of the ones who seemed nervous. This prompted Sigmund Freud to write fondly about dogs saying that they are capable of pure love and that they know how to tell their friends apart from their enemies.

If you happen to notice your Chow Chow hanging near your foot all the time or smelling your foot most of the time, then you have to know that this dog happens to love feet to the point that it might seem like a fetish. But there might be a deeper reason as to why these dogs love your feet and are mostly seen hanging close to them.

Known for their thick coats and stocky body builds, the Chow Chow may have been bred for all-around purposes. One of such purposes may be closely related to another Chinese dog breed, the Shih Tzu, which was bred to become a foot warmer. As such, the Chow Chow may also have been used for such purposes by nobles. And if you actually feel warm whenever they are sitting close to your feet, then you might want to enjoy having your own personal foot warmer.

Sigmund Freud is not the only high-profile name to have a popular Chow Chow. Martha Stewart, who is a world-renown businesswoman and television personality, owned several Chow Chows. Because she was frequently on TV, she also had the opportunity to feature her dogs on live television as well. One of Martha Stewart’s Chow Chows was a champion named Genghis Khan, who once competed at Westminster and is actually one of the most popular Chow Chows in the entire world.

The Chow Chow may have a beautiful and thick double coat that has made it one of the most popular dog breeds in the entire world. However, this can be troublesome when the dog is exposed to water. When the Chow Chow gets into water, its heavy fur will be weighed down even more and will cause some problems to the dog while it is swimming due to how it cannot handle the added weight. As such, most Chow Chows are not good swimmers.

If you are not too confident with your Chow Chow’s swimming skills, it might be imperative that you keep them away from large and deep bodies of water as much as possible. Instead, you can have your dog enjoy swimming in a shallow inflatable pool where it can practice its lackluster swimming skills.

As cute and as cuddly as the Chow Chow may be, it does not have the best social skills when compared to other fluffy dog breeds that seem to be a lot friendlier than this one. The Chow Chow is often criticized for being an aloof dog breed that does not like hanging out with people a lot. It might not even try to socialize with its owner and will be more aloof when strangers try to socialize with it. The Chow Chow can be quite the defensive breed of dog and is not the ideal pet if you are fond of having guests around.

Affiliate Disclosure  “*Every Creature Counts is a participant in the Amazon Affiliate Program (and other affiliate programs as identified in the products). If we mention a product from the site and link it to a third party vendor, please assume it is an affiliate link. We occasionally get a commission if you buy an Amazon product through our link and we will use this amount raised to rescue more animals from kill shelters, or to donate the amount for animals’ emergency medical needs. “

This site uses Akismet to reduce spam. Learn how your comment data is processed.