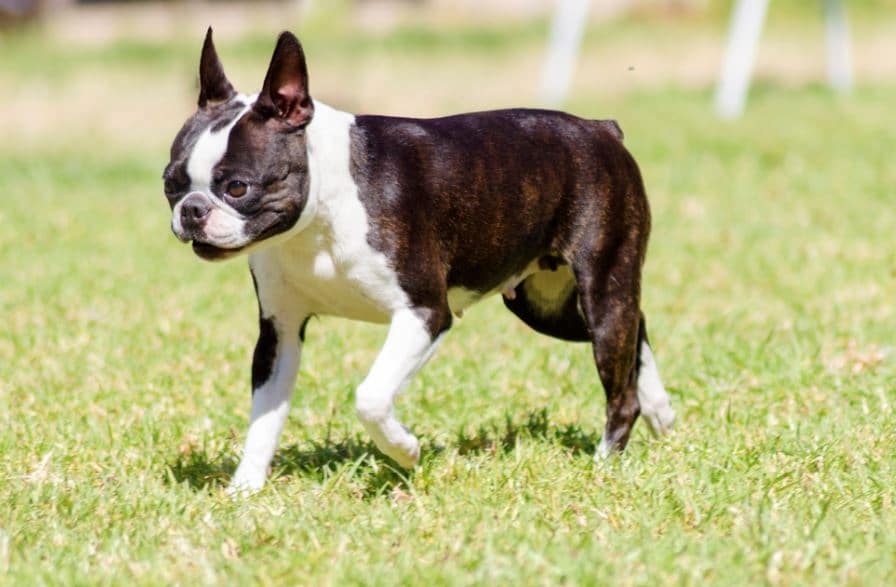 The dog world is full of different breeds that each have their own unique personalities and traits. After all, dogs come in all shapes, sizes, personalities, and habits. No matter what the breed is, there is always something to love about any particular dog. Simply put, these animals are all special in their own unique and different ways.

One of the more popular breeds not only in America but anywhere else in the world is the Boston Terrier or otherwise known as the Bostie. These small and cute dogs are some of the gentlest yet naughty dogs you can encounter. However, despite having a bit of a naughty side, there is always something to love about a good Boston Terrier.

If you want to know more about Boston Terriers, here are some of the facts that will certainly interest you:

Boston Terriers originated in the USA

This seems like something that is too obvious. The breed’s name suggests that it originated from America, and that is exactly the case. However, Boston Terriers are actually the first truly American breed as they were the first dogs to be developed in the USA. And if you have guessed it right, these dogs were born and bred in Boston, Massachusetts. Because they were the first truly American breed of dogs born and bred in the USA, there is no wonder why Boston Terriers are some of the most popular dogs in the entire country.

They were originally bred to be fighters

If you have a Boston Terrier, you certainly adore how gentle this little dog is to the point that you might be wondering if it is even capable of doing harm. Well, you would be surprised to know that the original Boston Terriers that were bred by Americans back in the late 1800s to be fighters. This dog was actually a ferocious pit-fighter back during its early days and was often used for sport. Given that, most of those ancient Boston Terriers are actually bigger and stronger than the ones we see today.

It was not until later in the century when these dogs began to become gentler as breeders made it a point to focus on making them less aggressive than they originally were. As Boston Terriers began to become gentler and gentler with each passing generation, they earned the nickname “American Gentleman”. However, there are still instances when male Boston Terriers show their aggressive and ferocious roots when they become a bit too territorial.

They are called American Gentlemen

As mentioned, Boston Terriers are nicknamed the American Gentlemen back in the late 1900s. This could be attributed to how these dogs became gentler animals compared to the ones that were originally used for pit-fighting. But that is not exactly the reason why Boston Terriers were nicknamed as such.

Boston Terriers may be American, but they have English roots

Boston Terriers are some of the most popular dogs that were born and bred in America. And though the breed’s name may be as American as it can get, this dog can actually trace its roots to England, where most other Americans can also trace their roots to. That said, the Boston Terrier is the product of the English Bulldog and the English Terrier.

It happened during the 1870s a dog named Judge (which was a bull and terrier mix from England) was bred with Gyp (an English Bulldog female) to come up with the original Boston Terrier. And because the Boston Terrier back then was not yet refined and bred down to size when it was still a fighting dog, the original version weighed as heavy as 44 pounds.

The Boston Terrier is such a popular dog in American, but it is even more popular back in its home state of Massachusetts. They are so popular there that they were named the official state dog back in 1970. There are not a lot of states with official state dogs. This means that the Boston Terrier holds a special place among all other American dog breeds. At times, it is even called America’s national dog.

They are one of the most playful dogs in the world

The Boston Terrier may have been a ferocious breed back in the day when it was still in the earlier stages of its development, but it has since been refined to become not only a gentle dog but also a very playful one at that. It is even regarded as one of the more playful dogs to the point that they have become notorious for being quite naughty.

Boston Terriers may be small, but they are packed with a ton of energy that allows them to stay active and playful all day. As such, you are required to give your Boston Terrier a lot of exercise by playing with it or by allowing it to roam free and be itself.

Aside from how Boston Terriers are known worldwide for their gentle demeanor and playful personality, these dogs are also favorites among breeders due to how intelligent and agile they are. These dogs are actually popular choices for speed and agility courses due to how they are able to easily master obstacle courses. On top of that, they are also quite obedient to the point that they are easy to take orders from their trainers whenever they are trained to memorize and master obstacle courses.

They empathize with their owner’s mood

While the Boston Terrier may be known for being a bit naughty and playful, they are actually pretty sensitive animals that they are able to empathize with your mood. They can understand what you are feeling and the mood you are in. As such, they may also try to reflect the same kind of mood and are good at trying to cheer you up if they feel that you are sad.

Because of how intuitive the Boston Terrier is, they are great pets to have for a lot of different dog owners. These are the types of dogs that will find a human that it is capable of being attached to and will stick to that person no matter what. That is why Boston Terriers are also good options for the elderly. They may even prefer to be with older people compared to younger owners, even though they may be playful and active.

These are gassy dogs

Boston Terriers are not only known to be naughty because of how playful these dogs are, but they are also notorious for being such precisely due to how gassy they are. The breed’s flatulence is one of their known trademarks as people all over the world know for a fact that Boston Terriers are notoriously gassy dogs. But this is not the kind of gassiness that is silent. In fact, you can actually hear and smell the gas that the Boston Terriers release.

The reason why Boston Terriers are quite gassy is due to how short their snouts are. Whenever they eat, they also tend to take in a lot of air. And of course, the air has to come out somewhere. Unfortunately for you, the air comes out of the worst place possible as Boston Terriers can easily fill a room with their gas. The smell can be aggravated depending on the dog’s diet. This is a trait that it also shares with other short-nosed breeds of dogs.

They can be stubborn

Boston Terries are intelligent and obedient dogs to the point that they are easy to train. However, there are times when they can be so stubborn that such a trait easily adds to their notoriety as naughty dogs. Some would say that this stubborn personality can be attributed to how intelligent they are. Regardless of where they got their stubbornness, this can be a problem for a lot of different owners who do not have the time and energy to train their dogs.

Because of how stubborn these dogs are, it can be pretty difficult to housebreak them one you bring them to a new home. That is why it is paramount that you put in the necessary time and effort into training this breed. Of course, you should also show your Boston Terrier, who’s the boss, so that it will learn to respect your authority.