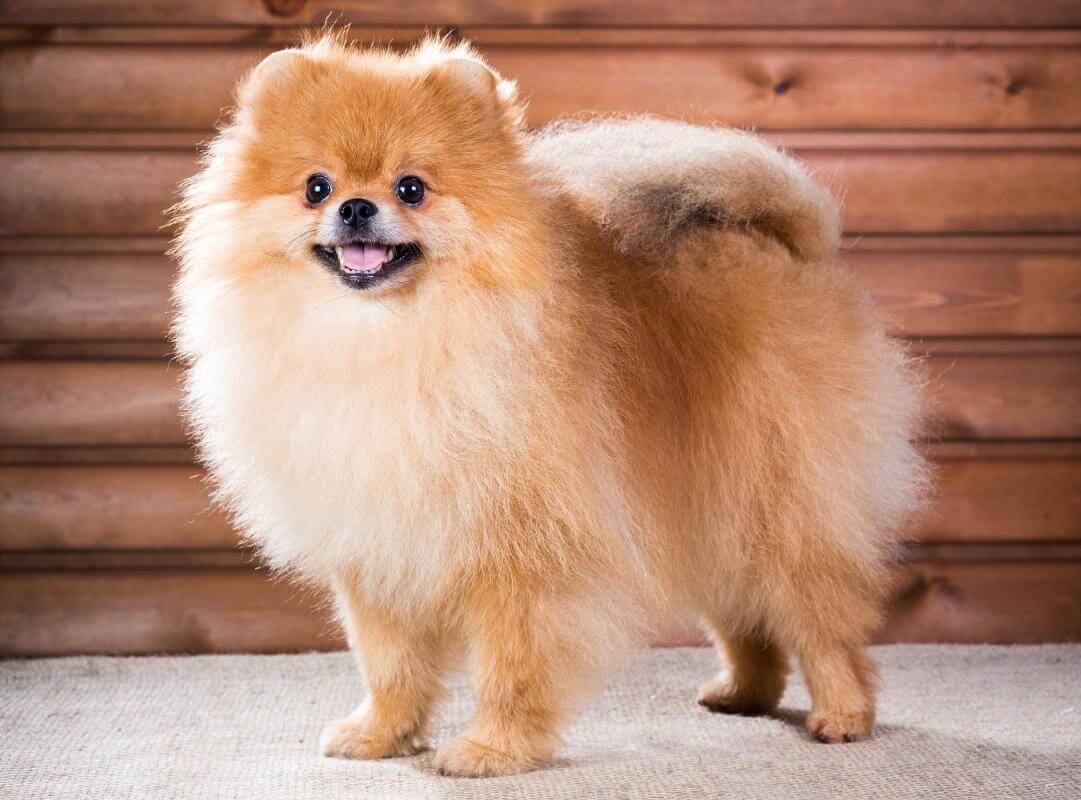 A Pomeranian is one of the most popular toy dog breeds known for being an energetic, smart, and loyal dog. The breed is a type of Spitz named after Pomerania, a region in Poland and Germany where the breed was believed to have originated. A Pomeranian does not need special care as it is a hardy, easy-going breed but poor care and neglect can make it susceptible to a variety of medical conditions.

A Pomeranian is a small dog that weighs only 1.36 to 3.17 kg. and only 8 to 14 inches tall. This is a compact dog breed with a very textured coat and a plumed tail. Poms, as they are affectionately called, tend to develop a ruff of fur along its neck. This is a signature look of a Pomeranian.

Pomeranians come in different colors: cream, orange, tri-color, white, red sable, and black. Some Poms are brindle, parti, spotted and tan color. But the most common colors of a Pomeranian are black, orange, and cream.

Pomeranians are mostly found in cozy homes, in the lap of luxury. They love to stay with their owners and be the subject of their owner’s delight. This dog is a very curious breed and would often want to join in on all activities that their owners are engaged in.

Pomeranians are mostly one-person dogs. They are very loyal and would follow their owners wherever they go. These dogs develop a protective attitude towards their owners and sometimes, more vicious than larger dogs especially when they feel that their owners are being attacked.

Poms may not do well with small children and with other pets or other dogs at home as they prefer to be the center of attention. They may nip and bark at strangers and other family members to gain attention or to warn them to leave their owners alone.

How To Groom A Pomeranian?

Pomeranians develop a very thick coat that will grow thicker during the wintertime. Regular brushing and grooming is a must. There’s no such thing as too much grooming with a Pomeranian since they love to receive a lot of attention. This breed is very well behaved especially when they are being groomed and the secret is to introduce them to grooming, tools, and bathing early in their lives.

To groom a Pom, you need a few things like a sharp pair of scissors, nail trimmers, pet brush, dog shampoo, and soap. A Pom has two types of fur, one is the undercoat which shields them from severe cold during harsh cold weather, and a topcoat, the fur that we see.

Keep your dog’s fur well-groomed is very important. To reach the undercoat, use a strong comb. Comb from the top to the bottom; from the back to the legs. You must use a brush to make the outer coat smoother and more manageable.

Grooming should be done regularly and thoroughly. If you can’t spare enough time to groom your Pom, we suggest taking it to a groomer instead. Make your Pom like going to the groomers as much as it cherishes your grooming time. Do this by bringing his toys, giving him some of his favorite snacks and treats.

Is There A Special Diet For Pomeranians?

There is no special diet for Pomeranians but we strongly recommend that you feed your pup organic dog food. This kind of dog food does not contain dangerous chemicals, extenders, and ingredients that won’t benefit dogs. Also, help your pet develop a  wide palate and enjoy all kinds of dog food. Never give your Pomeranian human food especially chocolates, onions, garlic, grapes, raisins, salty foods, nuts, alcohol, and raw meat and bones.

If your pet is an elderly dog or has a medical condition, talk to your vet about the best kind of pet food for their conditions.

Are Pomeranians Hard To Train?

Pomeranians are a very intelligent breed of dogs and respond well to early training. Sometimes, these dogs can be very stubborn and may resist training unless it’s done with their owners. Also, they may even become very bossy and get what they want through their owners.

To train a Pomeranian, use toys and reward him with treats. Be firm, show a Pom who’s boss and soon, it will respond well to your commands. And unlike other dog breeds, Pomeranians do not need exercise but will benefit from regular walks and playtime with other dogs and other pets outdoors. Socializing a Pom at an early stage keeps it from becoming too bossy and selfish especially with other human companions and animals in the home.

What Are Health Issues Of Pomeranians?

Pomeranians live from 12 to 16 years. This breed is essentially healthy and is rarely sick when provided with the right diet and proper exercise. The most common health issue with Pomeranians is hip dysplasia as these are very small and lightweight. Some dogs may develop problems with their teeth, hearing, and vision and thus proper care and grooming are essential to keep a Pomeranian in tip-top shape. Other medical issues are knee problems, airway collapse, deafness, eye problems, and hair loss.

Where To Get A Pomeranian?

Most Pomeranians are purchased as puppies, it’s rare to purchase an adult dog from a pet store. We recommend adopting and not shopping for a new pet. There are old and young Pomeranians waiting for new owners in city pounds and shelters.