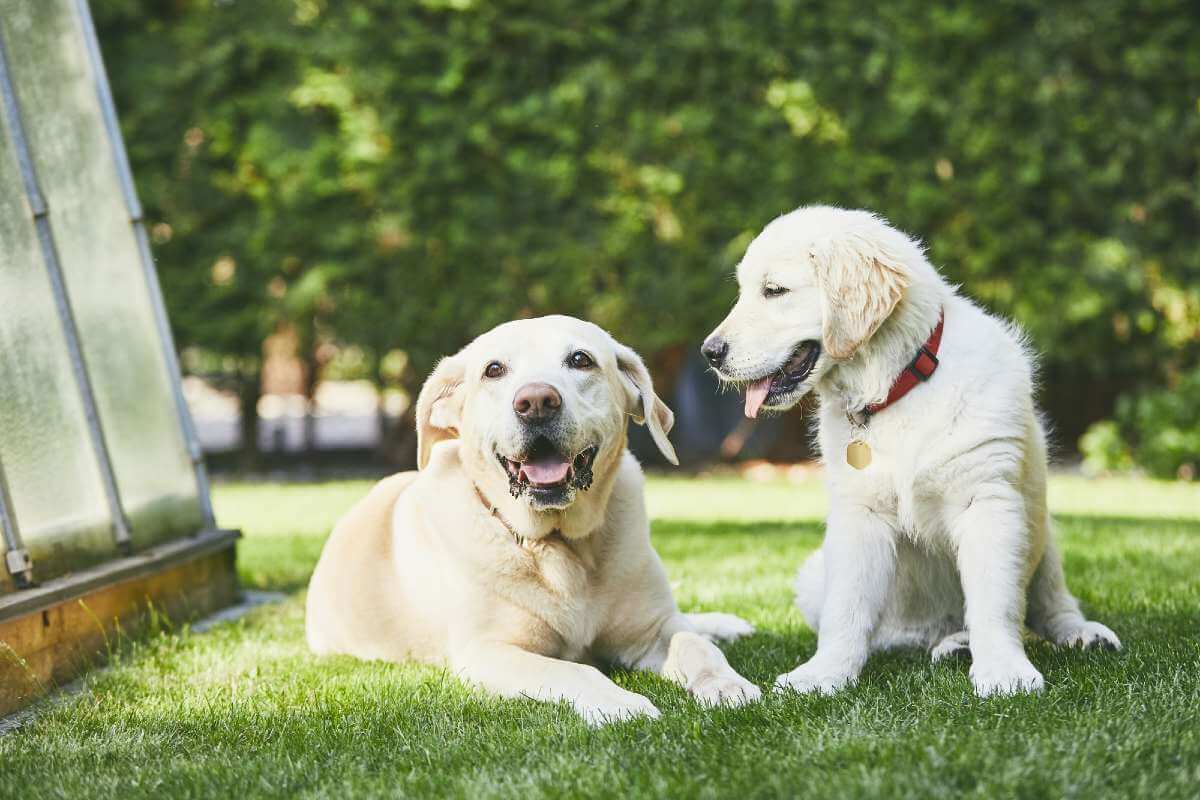 You’ve gotten a new dog, and it’s definitely an exciting time. Not only do you get one furry friend’s affection, you get two! However, it can be rather complicated as not all dogs naturally get along. Not even that, your pup may be friendly to everyone but other dogs, making things harder than they already are. However, have no fear! Bonding two pups may be hard, but with enough love and time, your best friend can gain another friend.

There are many reasons why dog owners get another pup! You may just want to have another friend in your house, want to help save a pup, or even help your pup’s mental state.

It may be beneficial for your pup to have a new friend, especially as they get older. As they get older, they may become bored more easily, and not want to play with you any more. It doesn’t necessarily mean they don’t love you, only that they’re lacking mental stimulation that they get from interacting with other dogs! If your pup gets bored, it may cause problems such as anxiety and depression. You need to watch out for your pup’s mental health too!

The worst thing you can do is just bringing your new dog to your house and expect them to get along. This can cause your first pup to become aggressive, and thus attack your new pup, causing both to get off the wrong paw. However, if you’ve already put them together and they’ve started fighting, be quick to gently break them apart without yelling or screaming at either of them. Seperate them, and start over, following these steps to help your pups bond!

You first have to set up a neutral territory, a place where neither dog has been before. This can be a park, a room that neither dog has been, or even a store! This neutral territory will help both dogs get to know each other without being territorial of each other. Be sure to keep both dogs on leashes, so you can pull apart the two if things get too rough. Another adult should be there to help with handling the dogs!

Let both dogs sniff each other, so they start getting used to each other’s scents. They may start to play with gentle bites and jumping around each other! However, be sure to look out for negative signs. This can include growling, fur standing up on the back of their necks, snapping, aggressive barking, or other negative behavior that can cause harm. While small snarls and barks are acceptable, aggressive behavior isn’t! When they start getting feisty, be sure to pull them apart, take both for a quick walk around wherever you are, and reintroduce them again in another neutral spot.

If they seem to be getting along, that’s great! However, you should be sure to give your pups a break. After ten minutes of playing, gently pull them apart and tell both to sit. This will avoid either dog getting too excited, and accidentally causing a fight. This would also be a great time to give both dogs a treat! Try giving them a treat at the same time, so they don’t assume one of them is more dominant than the other.

Positive reinforcement is vital in making your dogs get along! Always praise them when they are sniffing each other peacefully, and when they seem to be getting along. Reinforcing positive behavior will help both parties understand that the other dog is a “treat” of sorts!

Try this routine daily, until both dogs are relatively calm when they see each other.

After a couple of days of sniffing and gently playing, try a session with both dogs at home. While it would be nice to have both dogs in a room they’ve never been in before, they may not be the case! With both dogs on leashes, bring them to the yard or a large room, and let them play around for a while. Once they seem to be tuckered off, take them off the leash and watch their behavior.

If they start getting rowdy, put the new dog in an area where your first pup likes to be, and bring the first pup to a closed room or outside. This will help the new dog get used to your first pup’s scent, and let them explore the house on their own terms. This might also help your first dog understand that there will be someone new in the house!

Getting two dogs to get along may be tough, but it can lead to a lifetime of happiness! As always, be sure you can handle two pups in the first place. This type of bonding can take time, and definitely a lot of patience.