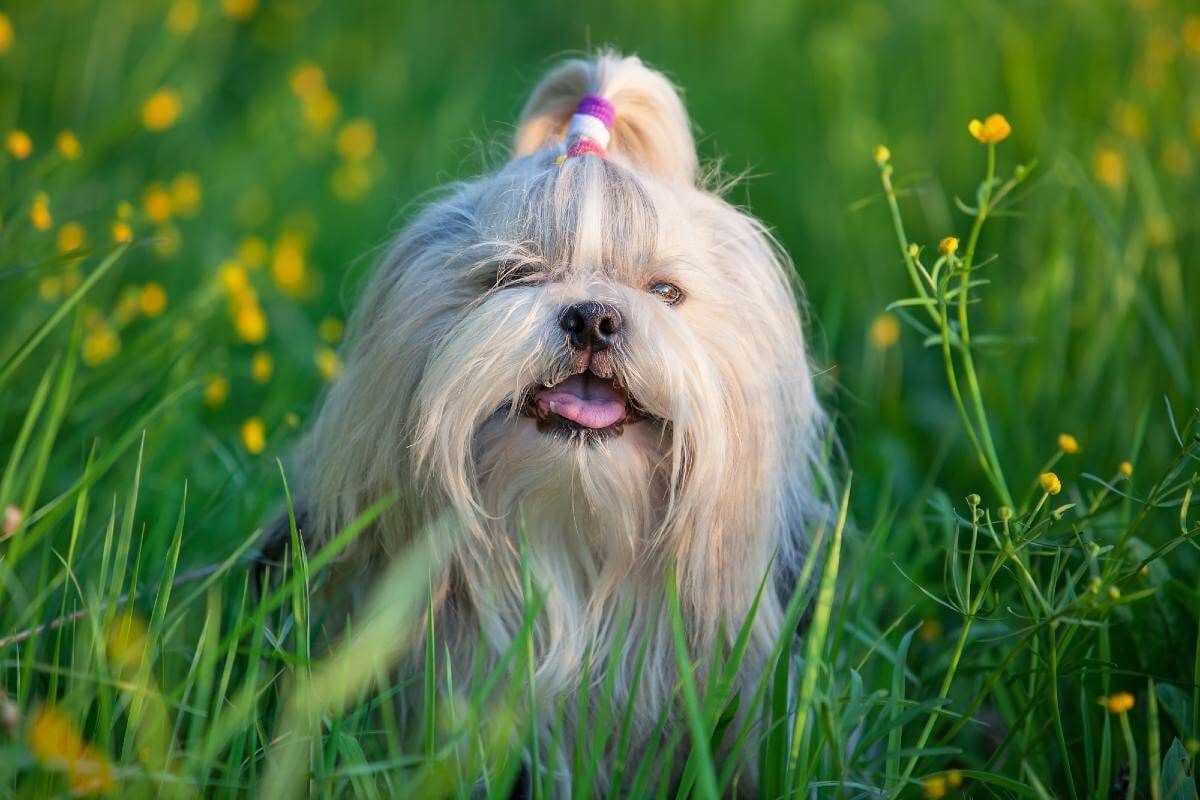 As a dog enthusiast, you may have heard several times about the Shih Tzu breed. Do you have the slightest idea that this favorite Shih Tzu fur baby has an interesting Royal History? Despite the fact that this breed is often associated with Tzu His, a Dowager Empress from China. She ruled in China between 1861 and 1908. She was known for considering her dogs sacred.

History wise, this breed appeared in tapestries tracing 2000 years back. Even though their real origins are not completely clear, there has been evidence that this breed was developed by the Tibetan Monks, making them distinct from other closely related breeds such as the Pekingese, Pug, and Lhasa Apso. The monks of Tibet offered temple dogs as presents to Chinese emperors.

It’s easy to get lost in the real pronunciation of this breed’s name. After all, it’s foreign-sounding to many. Those unfamiliar with the breed might unintentionally butcher the breed’s name without meaning to. However, taking into consideration that this breed hails all the way from China, the name is appropriately pronounced “Sheed Zoo”.

Also, when referring to the plural of the breed, there is no need to add an ‘s’. The breed name “Shih Tzu” already applies to either a single dog or to the entire pack. Saying ‘Shih Tzus’, however, has become accepted colloquially, but a real dog pro leaves the ‘s’ in the term.

In traditional Chinese, this breed is referred to as Shih-Tzu Kou. This term literally means “Lion Dog”. The reason for this name is because of their lion-like appearance and facial features. They have received much respect among Imperial Courts since according to Chinese belief, Buddha was believed to have arrived on earth on a lion’s back.

During the Manchu and Ming Dynasties, these dogs were bred and cared for by eunuchs in the palace, and as such, were considered as a dedicated property of the Chinese royal court. They were seen outdoors rarely. It has also been said that anybody revealed to be owning one of these dogs could also receive a death sentence.

Shih Tzu’s have thick coats. They were oftentimes placed in the inner robes of elite women. They were also utilized as bed warmers, placed on emperors’ and empresses’ feet to create heat. Despite being a dog of its size, the Shih Tzu breed has made an impact on history. These cute little friends have been estimated to exist since around 1000 B.C, or even earlier.

According to dog historians, it was believed that right after the Empress Tzu His reigned in the 1860s, the then Dalai Lama gave her a breeding pair of magnificent Shih Tzu. The pair was considered as the ancestors of the pure line of Shih Tzu.

As years passed by, this breed continued to be presented as gifts to the Dutch and English nobility. In fact, starting in 1938, a standard was created for the breed. During the latter part of the 1930s, this breed came to America, eventually becoming extremely popular around the 1960s. Despite the distance from the Chinese palaces, Shih Tzu continued to be treated elegantly – a treatment deserved by royalties.

It was pretty common back then for smaller dogs coming from different locations in the world and presented as gifts to the emperors in China. Having a toy breed is an indication of high status in the society, thus becoming a symbol of their own, signifying position and wealth. This proved a fact in China and in other countries a swell. During the Qing Dynasty, small dogs came to China coming from the Grand Lamas, and right into the Chinese imperial courts.

The breeding and kennel of this breed, along with others, was spearheaded by the Chinese Dowager Empress Tzu His, thus crediting the name of this breed to her. The actual breeding, however, was performed by eunuchs in the palace. They were known to crossbreed in order to further reduce the size of the dogs. Along the way, they have produced unique colors and markings.

After the Empress’ death in 1908, the breeding process of these dogs was done haphazardly. With the uprising that happened in 1911 against the Qing Dynasty and the formation of the Republic of China back in 2012, eunuchs started to flee the city with the dogs, selling them to whoever could pay them a good price.

In 1949, the government was overthrown by Communists. At this point, many dogs were killed, with the members of the royalty reportedly slitting the throats of their pets before committing suicide. They just did not want the dogs to go to the communists. After all of these upheavals calmed down, staff members of the British embassy found dogs that are still alive.

It was the Brownrigg couple who first imported Shih Tzu to England. Since then, more of these dogs were exported to many parts of Europe. In just a few years, Shih Tzu which were bred in Europe were also being transported to Australia, Canada, and the U.S.

The modern-day versions of the Shih Tzu dogs originally came from a pool of seven pairs of Shih Tzu and a Pekingese. This stock also included several other imports. Throughout the years, this breed continued to gain popularity. In fact, in 2003, this breed was ranked at 9 in AKC.

Even for owners who do not have a background of the royal history of this breed, it is evident that owning a Shih Tzu requires utmost care. They are royal, so to say, and they also demand a specific type of care. The good thing about this breed, however, is that they easily adapt to the lifestyle of their owners. Thus, if you are an active owner, expect that you will also have a happy and active pet at home. In turn, they give their owners much love and affection.

A responsible pet owner ensures his pack members have quality dog food fit for their furry majesties, more importantly since we’re talking about the descendants of the emperor’s pampered foot warmers here. We’ve compiled a list of wonderful dog food products that are grain free and most appropriate for small breed like the Shih Tzus. Check it out.

1 thought on “Fluffballs of the Empire: Shih Tzu Dogs and Their Royal History”