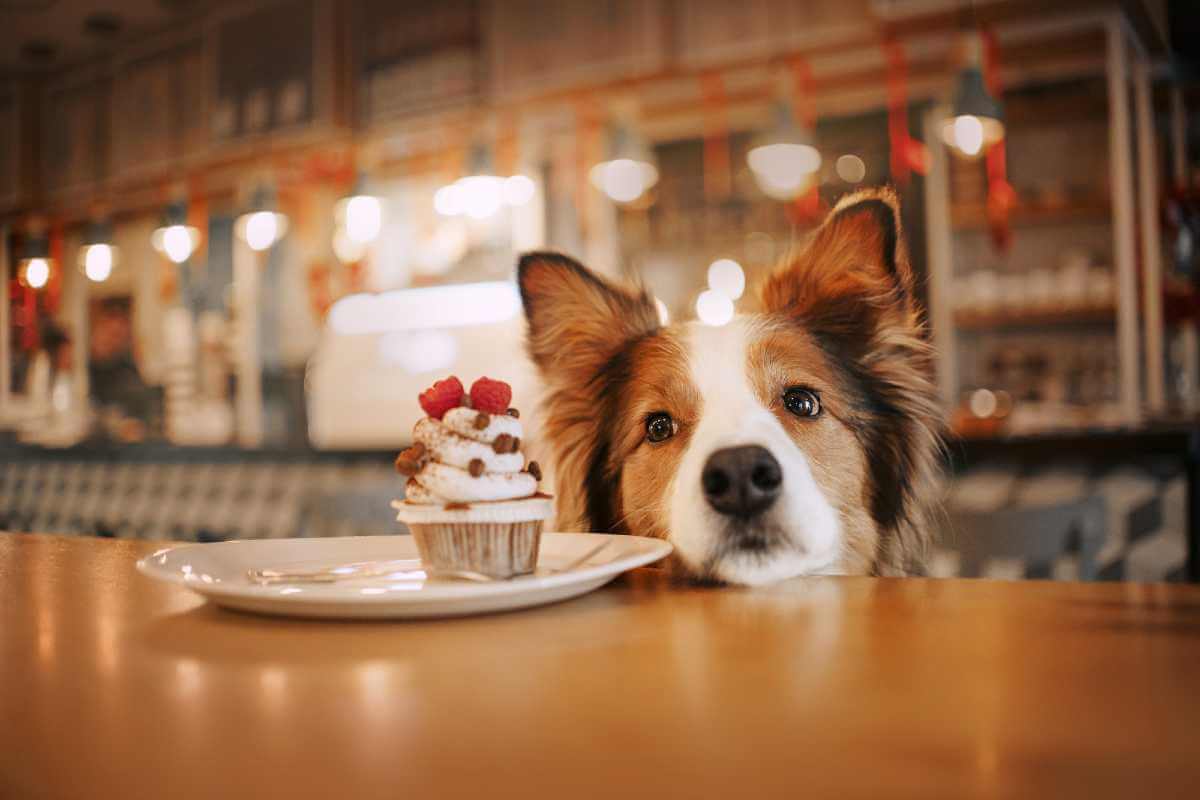 If you’re a dog owner, you may have wondered if dogs have lips. After all, we human beings use our lips to perform many tasks, such as talking, kissing, and even eating. So do dogs have lips, too? And if they do, what do they use them for?

Believe it or not, dogs do have lips, and they use them for a variety of purposes.

In this post, we’ll take a closer look at the lips of dogs and find out what they’re used for. We’ll also explore some of the other unique features that make dog mouths different from human mouths.

Keep reading to learn more about the surprising role lips play in dog anatomy and behavior.

Why Do Dogs Have Weird-Looking Lips?

One of the defining characteristics of a dog’s face is its lips.

However, they’re not exactly like human lips; they’re larger and more flexible. A dog’s lips consist of two layers:

These unique features allow dogs to use their lips in ways humans can’t. For example, dogs can curl their upper lips over the lower ones to help them lap up water.

Dogs can also push their lower lips out to make room for food they’re trying to eat – a trick that’s not possible for humans.

What Are The Parts Of Your Dog’s Mouth?

Even if you’re not a vet, chances are that you know the basics of your dog’s mouth. It includes teeth, gums, lips, and a tongue – just like in humans.

Probably the biggest difference is in the size of your dog’s teeth. While people have 32 permanent teeth, dogs have about 42 baby and adult teeth in their mouths at once.

Dogs typically also have sharp teeth, which are better suited for catching and tearing prey. Humans have blunter teeth that are perfect for chewing, something dogs don’t do very often.

Your dog’s lips are also quite different from yours. They’re usually larger and more flexible, allowing your pup to curl them over the lower lip when drinking water. Lips also play an important role in dogs communicating.

Dogs have longer, flatter tongues than humans do because their tongues are designed for lapping and are covered with finger-like projections called papillae. These help your dog lap up water and even handle large chunks of food when it eats.

The jawline of a dog also makes it easier for him to drink water. The jawline of a dog consists of an indentation that can help trap and direct water into your dog’s mouth as he drinks. They also have a very loose jaw, which gives them the ability to open their mouths wide and helps them get food down their throats.

Functions of A Dog’s Lips and Mouth

The functions of a dog’s lips and mouth are similar to those of a human being. Your pup uses them to eat, drink, bark, and even sense the world around him.

1. Your Dog Uses Its Lips To Smell

One of the main functions of a dog’s amazing nose is to help it smell and identify different objects and animals. But dogs can also use their lips and mouths to help them smell things up close.

This is called “sucking” or “licking.” When your dog uses its lips and mouth in this way, it sends the object’s scent through a channel at the top of its mouth into an organ called the olfactory bulb – located between its nasal cavity and the roof of its mouth.

2. Your Dog Uses Its Lips To Suck-In Food

As we’ve just mentioned, one of the main functions of a dog’s lips is to help it consume food. In particular, your dog’s lower lip works as a shovel-like tool that pushes food toward its back teeth and helps push more solid items like bones down its throat.

3. Your Dog Uses Its Lips To Get Help From You

While dogs evolved to be independent, they still depend on humans in some ways. For example, when your dog wants you to provide food or attention, it may stick out its lower lip and move its head forward slightly.

This helps show off the food in its mouth and that it wants something from you.

4.Your Dog Uses Its Mouth To Show Aggression

Dogs can also use their mouths to show aggression. One way they do this is by sticking out their lower lip and curling the top one over it – a look that’s often called a ‘fear grin.’

Dogs also use this expression when they’re trying to look tough or aggressive.

Since dogs can’t talk like we can, all of these expressions are learned behaviors that help them communicate their feelings with other dogs, cats, and humans.

What Are Dogs’ Lips Called?

Dogs have two layers of lips, which are called the “flew” (upper lip) and lower lips.

The more drool the bigger the flew lip. Dogs that typically have bigger flew or upper lips include; Bull Terriers, Bulldogs, Boxers, and Saint Bernards.

These are just called lower lips and are usually smaller than the upper flew or upper lip. They function in the same way pushing food up and out of the mouth.

Why Do Dogs’ Lips Have Bumps?

One thing that many people find strange about dogs is their lips. People often notice the bumps on a dog’s upper and lower lips, which are called papillae. These bumps help your dog grip onto food as it sucks it into its mouth.

We all know what it feels like to accidentally bite into your own mouth or tongue while eating. It happens, and it is very painful. Pets have bumpy lips because a sharp tooth can cause severe pain.

The bumpy lips help to grip food and keep it from falling out of the mouth.

Why Do Dogs Have Black Lips?

This is a very common question. If you take time to look at your dog’s mouth, you will notice it has dark lips. The amount of melanin in the animal determines the color of your dog’s lips. The darker the pup’s mouth, the more melanin.

Although their color is an indicator of age or breed, your dog’s lips can change as they get older. This is just the animal’s melanin wearing off, over time. If you notice this, don’t worry, it is normal.

Are There Dogs With No Lips?

All dogs have lips, however, some dogs have more visible ones. The more the dog’s lips, the more you will see this strange ‘lip hanging from the mouth’. Some breeds have more lips than others. Some examples are Bulldogs and Pitbulls.

Lips play an important function in the dog world. Their lips help them transfer food into their mouths, grab items, show aggression, communicate with humans or another pet.

The lips contain muscles that move the mouth parts including the tongue. Some dogs have more defined lips than others.

If there was a breed with no lips it would be very strange as they couldn’t eat or drink.

How To Know If Your Dog’s Lips Need A Vet’s Attention?

If there is something wrong with your dog’s lips it can be an early indicator of other problems. If you notice any changes, the best advice would be to take your pet to a vet right away.

Signs or symptoms to look out for include:

Do Dogs Have Upper Lips?

Yes. This is also a part of the mouth that is used to move food around inside their mouths before swallowing. It keeps food from falling out, especially when eating quickly. It also helps dogs to get water up to their mouths when they’re drinking it from a bowl or other container.

What Does It Mean If A Dog Licks Their Lips?

What Are Dogs’ Mouths Called?

Dogs’ mouths are called the ‘muzzle’ because of their long muzzle. Dogs have two layers of lips, which are called the “flew” (upper lip) and lower lips. The muzzle is also called the “hull.” It is split into four sections; the nasal section, the maxillary section (upper lip), and two mandibular sections (lower jaw.)

What Color Should Dog Lips Be?

They are usually black but it can depend on the breed and age of your pet. The amount of melanin in the animal determines the color of your dog’s lips. The darker the pup’s mouth, the more melanin. As they get older some dogs can have more of their melanin disappear, so their lips can turn lighter.

Why Do Dogs Have Serrated Lips?

Dogs have serrated lips to help grip and tear food into small pieces. Their teeth are placed in such a way that they form low ridges on their lower lip, which helps them keep food from falling out as they’re eating it.

All dogs have lips, however, some dogs have more visible ones. Some breeds have more defined lips than others and this is normal.

Lips play an important function in the dog world. They keep food from falling out as they’re eating and drinking water. Dogs’ lips contain muscles that move the mouthparts including their tongues.

Have you noticed your dog’s lips are black? This is normal as the amount of melanin in an animal determines the color of its lips. Dogs’ lips are usually black but this can change as they get older.

Dogs may lick their lips for several reasons, one of them being nervousness, thirsty, or could indicate an underlying problem.

If you notice anything strange or different about your dog’s lips, take them to a vet right away. It is likely not something to worry about but it’s better to be safe!