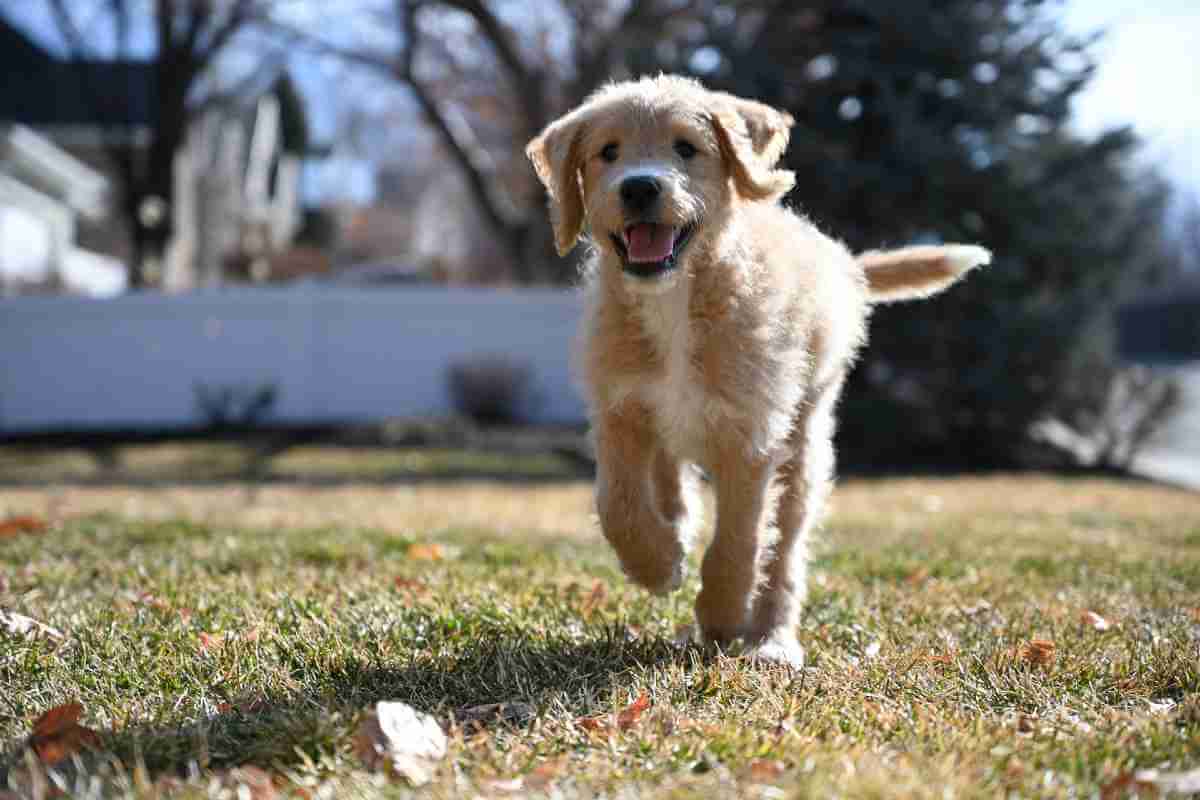 A healthy dog is a happy dog – we all know that. Of course, we want our dogs to stay healthy and happy, and there is a way for it: exercise.

It’s not easy to motivate any dog into exercising, especially if the dog is old, overweight, or sick. But what about running?

Dangers Of Obesity And Lack Of Exercise

Obesity and lack of exercise are growing problems among dogs today.

The main reason is not that we just don’t give them the opportunity to exercise enough, but that many dogs are getting into bad habits such as eating too much or just not exercising at all.

A sedentary lifestyle can shorten your dog’s life by two years, and obesity can shorten it by three.

Inactivity in dogs doesn’t just increase the risk of cancer, arthritis, and diabetes, but it also reduces their life expectancy. It also puts a strain on their cardiovascular system, which causes a condition called dilated cardiomyopathy, a fancy term for an enlarged heart that is unable to pump.

Much like humans, an obese dog is not a healthy dog. Obesity in dogs can develop into more sinister problems such as:

Unwanted Behaviors Due To Lack Of Exercise

In addition to the list above, your dog is also more likely to engage in bad behaviors such as:

Is your dog showing any signs of the above behaviors? If so, your dog might not be getting enough exercise.

As I said before, it’s not easy to motivate any dog into exercising, especially if they are old, overweight, or sick. But what about running? I mean, all dogs love running, don’t they?

Not really… but you can train them to enjoy it by using the right equipment. And letting your dog run on a treadmill can be the best way!

How To Build A DIY Dog Treadmill At Home

Building a treadmill for your dog doesn’t have to be expensive or time-consuming. You can easily build one yourself with the materials you have at hand or can buy it cheap at your local home store.

A dog treadmill is a perfect way to keep your dog healthy and safe. It gives them a chance to exercise indoors when it’s raining or snowing outside, in the comfort of your home.

You don’t need special tools or a fortune to build the perfect dog treadmill. You only need a little imagination and the following materials:

Don’t worry if you are not a DIY expert (I’m not either!).

Step 5: The Board for the Motor

Benefits Of Building A Treadmill For Dog

The benefits of building a treadmill for your dog are numerous.

How Much Exercise Does My Dog Need?

Hopefully, this article has encouraged you to build your dog a treadmill. But how much exercise does your dog really need?

The length of time spent on dog training varies depending on the breed.

For example, smaller dogs can get by with three 10-minute walks per day, while larger breeds typically require more than that. It’s best to consult with your vet in order to determine how much walking per day is the right amount for your pooch.

Some dogs like to play fetch or even swim, but that’s not always practical. You might want to try agility training if your dog likes challenging themselves. If you’re looking to burn calories yourself, then don’t be afraid to get on the machine with your pooch!

Remember, you can also add other canine exercises to their daily schedule. For example, you could try training them to do tricks or even agility training. With a treadmill for dogs, your pets will always have an outlet for exercise, and it’s a great way to stay active while you’re away or busy.

Can Dogs Use Human Treadmills?

Dogs may be able to use human treadmills, but they were not designed for dogs.

They don’t have dog-specific features such as side enclosures that would help you keep your pup focused and moving forward on the machine.

Also, people don’t realize how dirty dog treadmills can get. They forget that human treadmills aren’t designed for things such as piles of hair, dust/mud, or even urine which can result in ruined electronics and sensors.

How To Train Your Dog To Use A Treadmill?

This is possible, but it can be challenging!

Are Dog Treadmills Worth It?

This is ultimately your decision.

You need to consider all the benefits of pet exercising that come with owning a dog treadmill. They’re a great way to teach your pooch good behavior, they provide canine exercise in all types of weather, and they can help them stay healthy and fit.

It can also be a fun and entertaining way for you and your pet to bond.

How Much Does It Cost To Build A Dog Treadmill?

This depends on what you include and how elaborate your project is. If you use an old treadmill or equipment, it’s likely going to be cheaper than buying new materials and parts.

You can purchase additional equipment such as a dog treadmill mat that will help to protect the flooring and reduce noise. This might increase your spending, but it depends on what you already have and what you decide to buy for the project.

What Are The Best Treadmills For A Dog?

There are many dog treadmills for sale, but it’s important to read reviews and do your homework.

It helps if you are an experienced pet owner because you know what features are most important to you.

You should also look for a treadmill with an emergency stop button and safety features such as side barriers.

How often do you exercise your dog? What kind of treadmill are you using?

A pet treadmill is a great way for your furry friend to stay healthy and active without stressing your home.

With just a little research and effort, you can build your own DIY dog treadmill for little money. By using only a few materials and following the 7 easy steps above, you’ll have your pet up and running in no time!