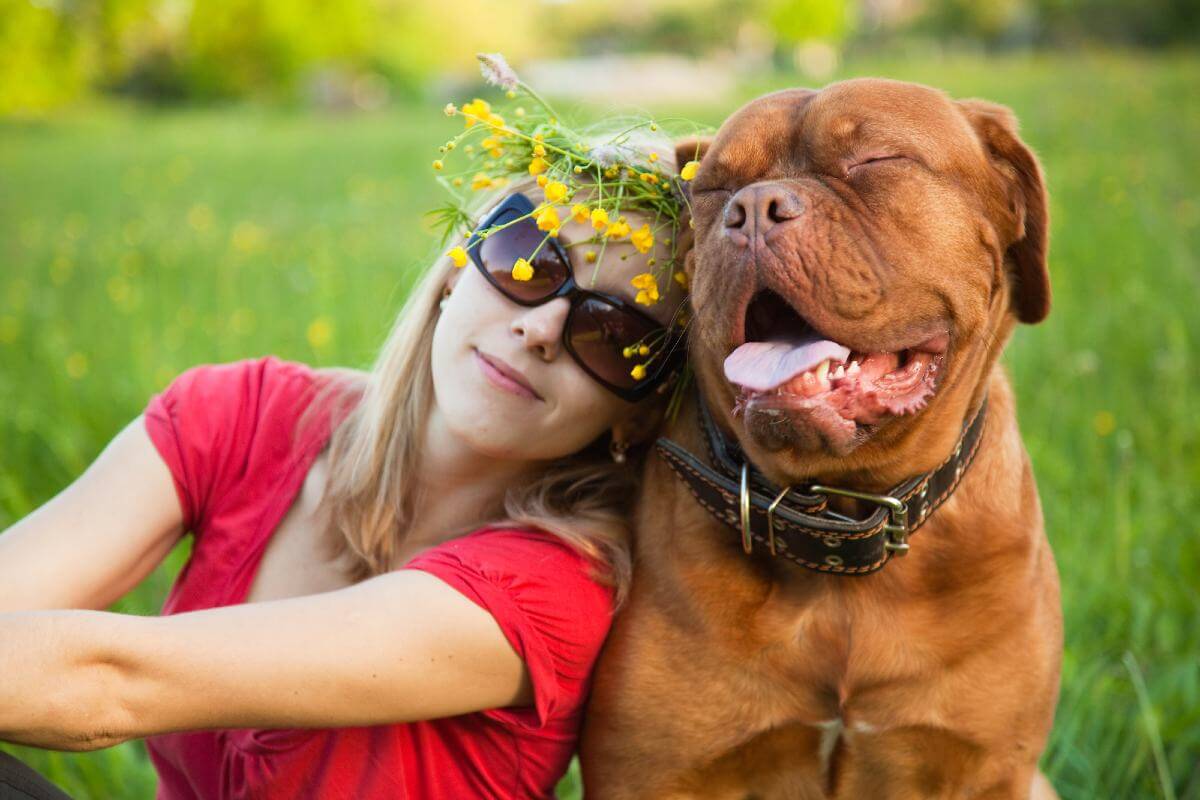 True, there are many pet owners who are fascinated with smaller dog breeds. However, there are also those who are searching for bigger dogs to serve as companions. Despite being overwhelming at times because of their size, giant dog breeds are also known for their unique traits and characteristics, making them ideal family pets.

They can be intimidating and requires more care and maintenance, but their bigger size makes them socialized, cuddle-buddy companions. If you still have enough space in your home for a large furry friend, the following big bois are listed among the 10 giant dog breeds.

The Irish Wolfhound traces back its history from interesting backgrounds. They were used previously for wolf hunting, thus the name. This breed was also very effective in wars, with the role of dragging men off their chariots and horses. They are also very strong, with a size that can easily reach up to 32 inches in height.

While their stature gives them a stern appearance, they are actually very soft at heart. With their gentle eyes and shaggy appearance, they are also great with other dogs, and even children. One thing to note about this breed, though, is that they are known for their extreme energy, thus there is a need to make sure that they receive a lot of exercise.

With a height that ranges from 27 to 35 inches and a weight that reaches up to 230 pounds, this breed is no doubt considered as one of the biggest breeds of dogs alive. The background of this breed is stained with fear, as they were bred from ancient war dogs. Despite this ferocious profile of history, these dogs are very cuddly to family members.

When you do not see an English Mastiff snuggling and cuddling with their humans, it is also working for the police and military, offering security work. This is because this breed is also known because of their high intelligence.

This breed is known because of their beauty and protective nature combined. Throughout the years, they have proved to be good watchdogs, especially when it comes to protecting livestock. Despite its size, it is actually very obedient, gentle, and loyal in nature. With a wedge-shaped head and broad chest, they are no doubt a head-turner.

This breed is known for one very interesting characteristic – a love for swimming! For this reason, they are known as amazing lifeguards, excelling pretty well in water sports. They are also known for their webbed feet, thus giving them an extra advantage on the water.

These dogs usually reach a height ranging from 27 to 29 inches. They are also known as very intelligent dogs. Because of their lifesaving instincts, there have been reports of Newfoundland dogs jumping into the water to ‘save’ their humans who were just basically swimming. They are loving in nature, With their fluffy appearance, they are perfect for snuggles.

While it has been thought that the name of this breed has something to do with their angelic nature, the reality is that this breed was developed by a Swiss monastery? Because they are huge in size, typically reaching from 28 to 30 inches, they are ideal for giving protection to the holy land.

Later on, however, it was revealed that they are also amazing at doing search and rescue jobs in the Swiss Alps. With their soft eyes and kind face, they are very friendly to travelers who are lost. This breed is still being used in operations for search and rescue in various places all over the world.

This breed can be traced back to about 2000 BC. They were bred originally to protect properties and flocks and is still being used for this reason until this day. In fact, since 1994, this breed is used in protecting Cheetahs in parts of Namibia. It stands with a height reaching 32 inches and is known for their longer lifespan than other breeds.

The Leonberger breed is a cross between a Pyrenean Mountain Dog, Newfoundland, and a Saint Bernard, thus turning into a huge adorable ball of fluff. They usually reach 30 inches in height and are known for their strength and intelligence. For this reason, they are often used for herding and tracking. When trained accordingly, they are ideal family dogs.

This breed is otherwise known as the French mastiff. In terms of height, this dog can reach up to 24 to 26 inches, with a unique wrinkled appearance. Throughout the years, this breed has seen a variety of uses. For example, there was a point in history when they were used in hunting large game. Then, they were seen doing cattle driving, and other tasks.

The name itself suggests the greatness of this breed. It came as a result of breeding an Irish Wolfhound and an English Mastiff. It is considered as among the tallest breeds out there, at a height reaching up to 30 to 34 inches. They were bred primarily to help in hunting huge game, including boars, or in protecting estates.

This breed is used to herd and protect livestock. The height of a Caucasian Shepherd can easily reach up to 30 inches. This stature makes it an ideal breed for protecting herds and flocks against potential predators. They are suitable for experienced dog owners because they are known to be quite stubborn.